Michelle Rodriguez Net Worth and Salary: Michelle Rodriguez is an American actress who has a net worth of $25 million. She is best known for her roles in films like "Girlfight" (2000), "Avatar" (2009), and the "Fast and the Furious" franchise.

Early Life: Mayte Michelle Rodriguez, better known as Michelle Rodriguez, was born in July 12, 1978, in San Antonio, Texas. Her mother, Carmen Milady Rodriguez (née Pared Espinal), is of Dominican descent, and her father, Rafael Rodriguez, is Puerto Rican. When she was eight years old, Rodriguez and her mother moved to the Dominican Republic and lived there for three years. Rodriguez then moved to Puerto Rico, and lived there for six years. When she was seventeen years old, she returned to the United States and settled in Jersey City, New Jersey. There, she struggled and ultimately dropped out of high school, earning her GED later. In total, she has ten siblings and half-siblings.

Career: Rodriguez started her career in acting with the low-budget independent film "Girlfight", released in 2000. She had come across an advertisement featuring an open casting call for the film and decided to attend. Eventually, she managed to beat out 350 other applicants and land the leading role. Her performance was well-received in independent film circles, and she even won accolades from organizations like the National Board of Review, Independent Spirit Awards, and Gotham Awards. The film itself also performed well, winning awards at the Sundance and Cannes Film Festivals.

Her role in "Girlfight" as a troubled teen channeling her aggression through boxing training helped establish Rodriguez's image as a tough but sexy female lead. This image was further solidified by her role in the successful films "The Fast and the Furious (2001), as Letty Ortiz; "Resident Evil" (2002), as Rain Ocampo; "Blue Crush (2004); and "S.W.A.T" (2004). She moved to television in 2005 when she landed the role of tough cop Ana Lucia Cortez on the popular series "Lost", on the show's second season. She later reprised her role as Cortez on the show's penultimate episode in 2010. 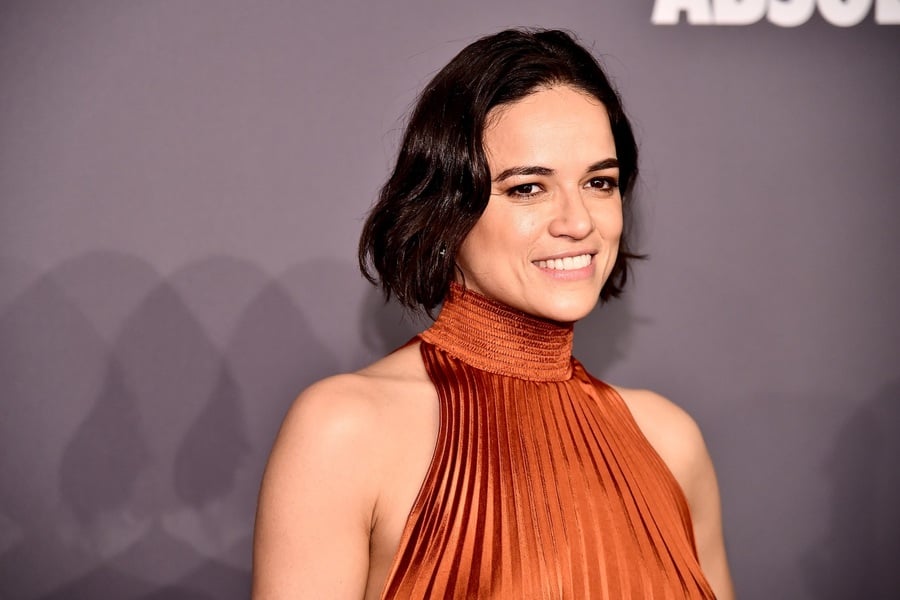 In addition to her acting work on screen, Rodriguez has also lent her voice as a voice actress to various projects. In 2003, she voiced the character Rosie Velasco in the video game "True Crime: Streets of LA", and in 2004, she voiced a Marine in the video game "Halo 2" as well as Calita Martinez in "Driver 3". Other video games she has voiced characters for include "James Cameron's Avatar: The Game" (2009), "Call of Duty: Black Ops II" (2012), and "Fast & Furious Crossroads" (2020). With "Fast & Furious Crossroads", Rodriguez also provided motion capture for the game. She also voiced the character Smurf Storm in the animated family film "Smurfs: The Lost Village" (2017), and the character Paz in the animated film "Turbo" (2013). Furthermore, Rodriguez has appeared in numerous music videos throughout her career. Some of the music videos she has appeared in include the videos for songs like "I Can Do Too" (2000) by Cole featuring Queen Latifah; "Always on Time" (2001) by Ja Rule and Ashanti; "If I Could Fall in Love" (2002) by Lenny Kravitz; "Confident" (2015) by Demi Lovato; and "Nice for What" (2018) by Drake.

Personal Life and Legal Issues: Rodriguez is openly bisexual. She had previously alluded to her sexuality in a 2013 interview with Entertainment Weekly, but firmly stated that she identified as "the B category of LGBT" in another interview a year later. People Rodriguez has been romantically linked to include actor Zac Efron, her "Fast & Furious" co-star Vin Diesel, model Cara Delevigne, actress Kristanna Loken, musician Kenny Kravitz, and actor Colin Farrell.

In 2002, Rodriguez was arrested for assault following a fight with her roommate. The roommate declined to press charges, and they were dropped. Rodriguez also has a history of driving-related charges. In 2003, she was arrested for the first time for eight misdemeanor charges (including driving under the influence) relating to two driving incidents she had been involved in. She ended up going to jail for 48 ours, and had to be on probation for three years. Then, in 2005, she was pulled over by police multiple times for speeding violations while filming "Lost" on location in Hawaii. On December 1, 2005, she ended up getting arrested again for driving under the influence. This time she ended up spending five days in jail for the charge. Since the Hawaii charges violated her probation, she was also sentenced to 60 days in jail, but was released the same day she entered due to overcrowding. 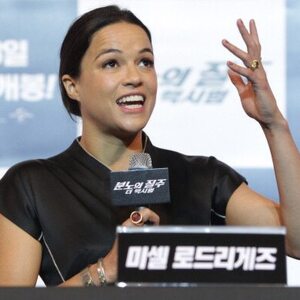