What is Michelle Monaghan's Net Worth?

Michelle Monaghan is an actress and former model who has a net worth of $13 million. Michelle Monaghan is best known for her performances in such films as "Kiss Kiss Bang Bang," "Gone Baby Gone," "Eagle Eye," "Source Code," and "Patriots Day." She is also well known for her starring role opposite Tom Cruise in three of the "Mission: Impossible" films. Additionally, Monaghan has starred on television shows including "True Detective," "The Path," and "Messiah."

Michelle Monaghan was born on March 23, 1976 in the tiny town of Winthrop, Iowa to daycare manager Sharon and factory worker Robert. She is of German and Irish descent, and has two older brothers named Bob and John. As a teen, Monaghan went to East Buchanan High School. Following her graduation, she moved to Chicago to study journalism at Columbia College Chicago. In the Windy City, she began modeling, a profession that took her around the world to places including Singapore, Tokyo, Hong Kong, and Milan. With only one semester of college remaining before earning her degree, Monaghan decided to leave in 1999 to pursue an acting career in New York. There, she did further work as a model, appearing in a number of magazines and catalogs.

Monaghan continued to land major roles following her 2005 breakthroughs. In 2007, she had a leading role opposite Casey Affleck in the crime thriller "Gone Baby Gone," and another leading role opposite Ben Stiller in the remake of "The Heartbreak Kid." The following year, Monaghan starred in the romantic comedy "Made of Honor," the action thriller "Eagle Eye," and the independent drama "Trucker." In 2010, she was in Sofia Coppola's "Somewhere" and Todd Phillips' black comedy road film "Due Date." Monaghan followed this with starring roles in the science-fiction action thriller "Source Code"; the biographical action drama "Machine Gun Preacher"; the thrillers "Tomorrow You're Gone" and "Penthouse North"; and the comedy "Expecting." 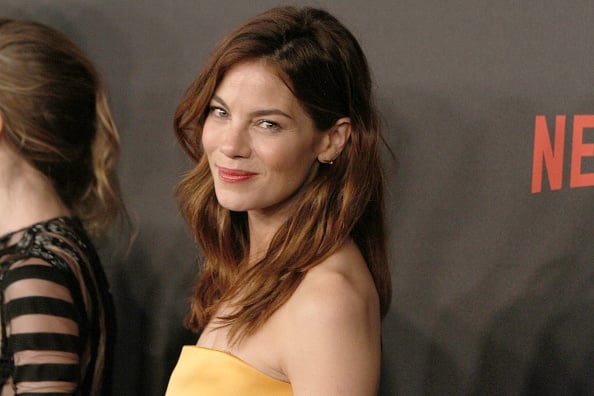 In 2014, Monaghan earned strong reviews for her leading performance in "Fort Bliss," in which she played a decorated US Army medic and single mother struggling to reconnect with her young son after returning from an extended tour in Afghanistan. The same year, the actress had starring roles in "Better Living Through Chemistry," "Playing it Cool," and the Nicholas Sparks adaptation "The Best of Me." Monaghan's subsequent credits included the science-fiction action comedy "Pixels," the thriller "Patriots Day," the crime drama "Sleepless," and the mystery film "The Vanishing of Sidney Hall." In 2018, she portrayed famed immigration attorney Judy Wood in the biopic "Saint Judy." Monaghan followed this with roles in "The Craft: Legacy," "Every Breath You Take," "Spinning Gold," "Blood," and "Nanny."

On television, Monaghan made her debut playing Caroline Busse in two episodes of the short-lived 2000 series "Young Americans." She subsequently made appearances in episodes of "Law & Order: Special Victims Unit" and "Hack." From 2002 to 2003, Monaghan had a recurring role as Kimberly Woods on the Fox drama "Boston Public." Her first main role on television came quite a bit later, in 2014, when she was cast as Maggie Hart in the first season of the HBO anthology crime series "True Detective." Monaghan had another, bigger main role from 2016 to 2018, when she starred opposite Aaron Paul on the Hulu streaming series "The Path." Following this, in 2020, Monaghan was cast in the main role of CIA operative Eva Geller on the short-lived Netflix streaming series "Messiah." The actress was subsequently cast in the main roles of Leni and Gina, identical twins, in the Australian miniseries "Echoes."

In Port Douglas, Queensland in 2005, Monaghan wed Australian graphic artist Peter White, whom she had met five years earlier at a party. Together, they have two children: a daughter named Willow and a son named Tommy. 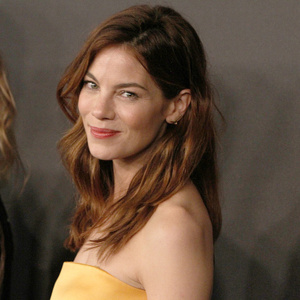