Michelle Keegan Net Worth: Michelle Keegan is an English actress who has a net worth of $4 million dollars. Michelle Keegan was born in Stockport, Greater Manchester, England in June 1987. She is best known for her role as Tina McIntyre on the soap opera Coronation Street. Michelle attended the Manchester School of Acting.

She worked as Selfridges and was a check-in agent at the Manchester Airport. Her first role came in 2008 in the series Coronation Street as Tina McIntyre. She has played the role ever since and appeared on over 800 episodes. She also appeared in the video Coronation Street: Out of Africa in 2008. Keegan has appeared in the TV series Red Dwarf and The Jeremy Kyle Show. In 2009 she started co-hosting BBC Radio 1 show The Official Chart. She appeared on the cover of FHM magazine in January 2011 and March 2013. In 2014 she starred on a European tour version of Peter Pan as Tinkerbell. In 2008 she won Best Newcomer at The British Soap Awards and the TV Quick and TV Choice Awards. Keegan has been named Sexiest Female at The British Soap Opera Awards every year from 2009 to 2014 and at the Indie Soap Awards from 2009 to 2012. In 2012 Michelle became engaged to Mark Wright. She was previously engaged to Max George from the band The Wanted. 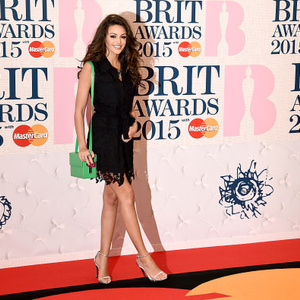