Michelle Hurd net worth: Michelle Hurd is an American actress who has a net worth of $3 million. Michelle Hurd was born in New York City, New York in December 1966. Hurd graduated from Boston University in 1988 and studied at Alvin Ailey School and London's National Theatre. She has acted on Broadway and starred in productions including Getting Away with Murder, Othello, Hamlet, and The Hunchback of Notre Dame.

Hurd has won the Robbie Award and the California Theatre Award for Best Supporting Actress in a Drama. She had a role in the 1989 movie Rude Awakening. In 1995 Michelle appeared in an episode of the TV series The Cosby Mysteries. She starred as A.D.A. Reynolds in the series New York Undercover from 1994 to 1995. From 1991 to 1997 she starred as Dana Kramer in the soap opera Another World. Hurd starred as Simone Lewis in the TV series Malcolm & Eddie from 1997 to 1998. She starred as Athena Barnes in the television series Leap Years in 2001 and as Monique Jefferies in the series Law & Order: Special Victims Unit from 1999 to 2001. She had recurring roles in the TV series ER from 2006 to 2007 and Gossip Girl from 2007 to 2008 as well as in 90210 from 2011 to 2013. Hurd starred as Colleen Manus on the TV series The Glades from 2010 to 2013. In 2014 Hurd became one of the actresses to accuse actor and comedian Bill Cosby of inappropriate sexual conduct. 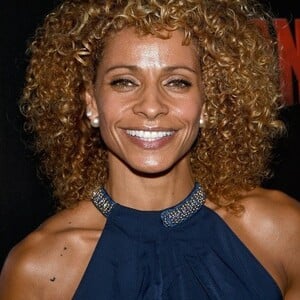