Michelle Fairley Net Worth: Michelle Fairley is a Northern Irish actress who has a net worth of $3 million. Michelle Fairley was born in Coleraine, County Londonderry, Northern Ireland, United Kingdom in January 1964. She was a member of the Ulster Youth Theatre and then the repertory company Fringe Benefits. Fairley first appeared in the film Hidden City in 1987. In 1996 she starred as Eleanor Delaney in the TV series Safe and Sound. She starred as Gabby Rodwell in the 1997 TV series The Broker's Man. One of Fairley's best known roles came as Catelyn Stark in the HBO drama television series Game of Thrones from 2011 to 2013. In 2013 she starred as Ava Hessington in the TV series Suits. In 2014 she starred in the TV series 24: Live Another Day as Margot Al-Harazi. Fairley starred as Mrs. Granger in the 2010 movie Harry Potter and the Deathly Hallows: Part 1. She was nominated for an Olivier Award for her role in the stage production of Othello. Fairley won an Irish Film and Television Award for Best Supporting Actress – Television for Game of Thrones in 2014. She has also been nominated for a Screen Actors Guild Award and a Saturn Award for the same role. 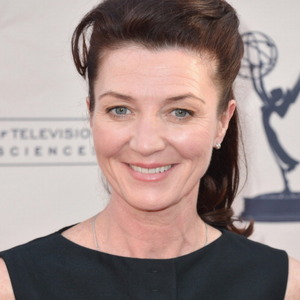