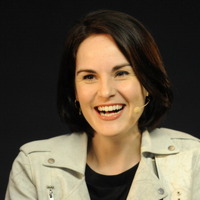 Michelle Dockery Net Worth: Michelle Dockery is an English actress and musician who has a net worth of $4 million. Michelle Dockery was born in 1981 in Romford, London, England. She studied at the Guildhall School of Music and Drama and performed in the National Youth Theatre. While in school, Dockery debuted at the Royal National Theatre in a production of "His Dark Materials". Two years later, she earned an Ian Charleson Award nod for "Pillars of the Community". Her theatre career has been highly acclaimed; Dockery was nominated for Best Supporting Actress at the Olivier Awards and also earned recognition at the Ian Charleson Awards for "Pygmalion". Dockery's on-screen debut came in 2005, playing Betty in "Fingersmith". She went on to appear in a variety of TV movies, including "Dalziel and Pascoe" and "Red Riding: In the Year of Our Lord 1974", before landing a main role on the hit TV series "Downton Abbey" in 2010. Dockery has played Lady Mary Crawley on the ITV show and has earned three Emmy Award nominations and a Golden Globe nod. Her more recent TV and film roles include "Henry IV, Parts I and II", "Anna Karenina", "American Dad", "Family Guy", "Non-Stop", and "Angelic Voices: The Choristers of Salisbury Cathedral".