Michele Lee Net Worth: Michele Lee is an American actress, singer, director, and former game show panelist who has a net worth of $8 million. Born in 1942 in Los Angeles, California, as Michele Lee Dusick, Michele Lee made her first on-screen appearing during the late '50s and early '60s in "The Many Loves of Dobie Gillis".

She appeared in her first Broadway production when she was 19 years old, starring in "How to Succeed In Business Without Really Trying". Lee earned a Best Actress in a Musical Tony nod for "Seesaw" in 1974. She landed her biggest TV role in her career in 1979, playing Karen Cooper Fairgate MacKenzie on the hit soap opera "Knot's Landing". Lee starred in close to 350 episodes between 1979 and 1993. She was nominated for nearly a dozen awards for the part and won a handful of Soap Opera Digest Awards, including Outstanding Actress in a Leading Role in Prime Time three times. She was also nominated for an Outstanding Lead Actress in a Drama Series Emmy Award in 1982. Lee's other TV and film credits include "The Love Bug", "Night Gallery", "Alias Smith and Jones", "Love, American Style", "Fantasy Island", "When No One Would Listen", "Grandma Got Run Over by a Reindeer", "Along Came Polly", "Will & Grace", "Family Guy", and "How to Live with Your Parents (For the Rest of Your Life)". Lee has been married twice, first to fellow "How to Succeed in Business Without Really Trying" actor James Farentino. She later wed Fred Rappaport in 1987 after her 1983 divorce from Farentino. 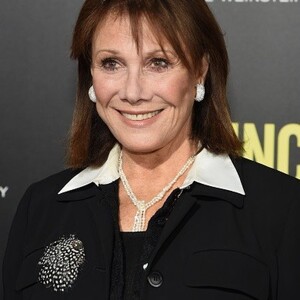