Michele Hicks Net Worth: Michele Hicks is an American actress and model who has a net worth of $1 million. Born in Essex County, New Jersey, in 1973, Michele Hicks made her on-screen debut in 1999's "Twin Falls Idaho". She went on to appear in "Everything Put Together", "Ropewalk", "Mulholland Drive", "The Adventures of Beatle", "Law & Order: Criminal Intent", "Deadly Little Secrets", "Law & Order: Special Victims Unit", "Northfork", "Slogan", "Distress", "Messengers", "CSI: NY", "Cold Case", "Heist", and "What We Do Is Secret". She appeared in more than 25 episodes of the FX police show "The Shield" between 2004 and 2008 as Mara Sewell Vendrell. Following the end of the show, she appeared on "Life", "The Mentalist", "Rehab", "Chlorine", "The Wicked Within", and "2 Bedroom 1 Bath". The five-foot-eight model has appeared on the cover of five magazines, including French "Elle" and German "Vogue" in the mid-to-late '90s. She starred in Bush's music video for "Letting the Cables Sleep". Hicks and author Brooke Siler own a New York Pilates gym together and Hicks studies Brazilian jiu-jitsu. She has been married to her husband, fellow actor Jonny Lee Miller, since 2008. They have one son together, Buster Timothy, who was born later the same year. 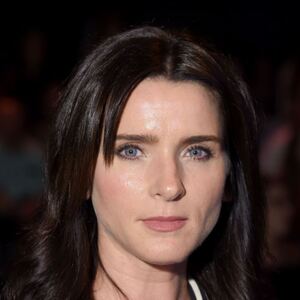