She starred alongside Raoul Bova, Veronika Logan, and Luca Angeletti in the film. Quattrociocche followed her debut with the part of Susanna in 2009's "Natale a Beverly Hills". In 2010, she appeared in the sequel to "Scusa ma ti chiamo amore", reprising the role of Niki for Federico Moccia a second time in "Scusa ma ti voglio sposare". She also appeared in 2010's "Sharm El Sheik – Un'estate indimenticabile" as Martina Romano and in "Una Canzone Per Te" as Silvia the same year. Quattrociocche has appeared as herself on "Verissimo" in 2010, "Domenica in", in 2010, and "Quelli che…il calico" in 2008. She has not had a credited film or TV part since 2010. Quattrociocche is married to her husband, Italian football star Alberto Aquilani. He plays for Serie A's AFC Fiorentina and the Italian national team as a midfielder. Quattrociocche gave birth to the couple's first child, a daughter named Aurora, who was born in 2011. 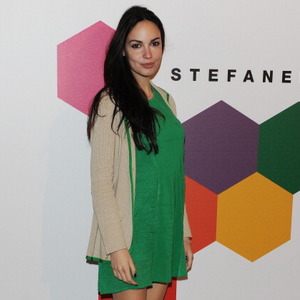