What was Michael K. Williams' net worth?

Michael K. Williams was an American actor who had a net worth of $5 million dollars at the time of his death. He was probably best known for playing Omar on "The Wire." He also appeared in "Boardwalk Empire." Tragically, Michael died on September 6, 2021 at the age of 54.

He was born on November 22, 1966 in Brooklyn, New York. Michael studied at the National Black Theatre in Harlem as a teenager. While studying he worked at Pfizer Pharmaceuticals as a temp. Against the wishes of his family, he decided to drop out of school and quit his job to pursue a career as a dancer, and, after a year of very little success, and being homeless, he booked work as a background dancer on Kym Sims' "Too Blind to See It" tour. This eventually led to dancing, and choreography work, with such artists as Madonna, George Michael, and Crystal Waters.

Williams was given one of his first acting roles after being discovered by Tupac Shakur was cast as High Top in the 1996 film "Bullet." From the mid-90s through the early 2000s, he appeared in various film and television projects. He usually portrayed thug-type characters, due to the large scar on his face, which he received during a bar fight in New York City in his early 20s. Some of his early projects included, "Bringing Out the Dead", "Law & Order", and "The Sopranos". 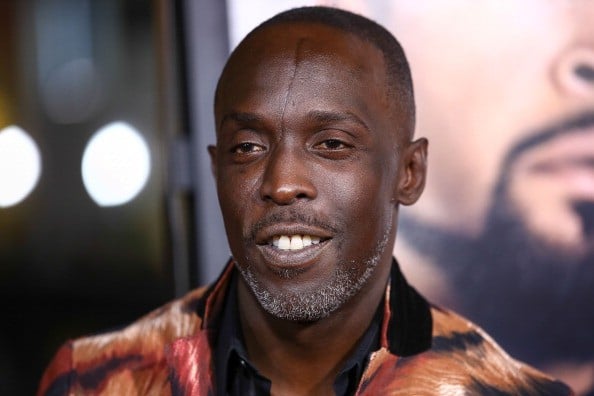 In 2002, he was cast in the role that would bring him the most widespread critical acclaim and fame, as Omar Little on "The Wire." He got the part after just one audition. He was initially told that the character of Omar was slated to appear in just seven episodes of the first season. For his portrayal of Omar, Williams was named by USA Today as one of ten reasons they still love television. Williams was praised for his unique portrayal of Omar, bringing wit and humor to the often stale landscape of TV crime dramas. In 2007, Williams was nominated for an NAACP Image Award for Outstanding Actor in a Drama Series for his role as Omar. In 2008, then-Senator Barack Obama called "The Wire" his favorite TV show and called Omar his favorite character.

Following his six-year, 41-episode run on "The Wire," Williams landed recurring roles on shows like "Alias," "Six Degrees," "CSI," "Boston Legal," "The Sopranos," and "Law & Order." He had film roles such as "Gone Baby Gone," "I Think I Love My Wife," "The Road," "Life During Wartime," and scores of others. He's also appeared in many music videos including for R. Kelly, The Game, Young Jeezy, Trick Daddy, MGMT, Marilyn Manson, and ASAP Rocky.

Williams starred in HBO's "Boardwalk Empire" for five seasons from 2010-2014, appearing as Albert "Chalky" white, the leader of 1920's Atlantic City's black community. He also starred in "Community" in three episodes of the sitcom's third season. Williams was in talks to take on the titular role of Django in Quentin Tarantino's film "Django Unchained," but scheduling conflicts with "Boardwalk Empire" prevented him from taking the role.

In 2012, he executive produced the independent film "Snow on The Bluff" under his company Freedome Productions. In March 2015, Williams starred on SundanceTV's "Hap and Leonard," based on a series of novels by Joe R. Lansdale. The first season received positive reviews and season two aired in 2017. Beginning in 2016, Williams has worked with Vice News, hosting a VICELAND program called "Black Market."

In 2016, he appeared in six episodes of "The Night Of," playing Freddy Knight. He was nominated for an Emmy for Outstanding Actor in a Limited Series for his role.

Working again with the Vice team in 2018, he featured in "Raised in the System," embarking on a personal journey to expose the root of the juvenile justice system and the mass incarceration crisis in American.

Williams starred as Bobby McCray on 2019's critically acclaimed and award-winning "When They See Us." He was once again nominated for an Emmy for Outstanding Supporting Actor in a Limited Series.  In 2020, Williams began playing Montrose Freeman in "Lovecraft Country."

During his portrayal of Omar Little, Williams went by his character's name and developed a habit of smoking cannabis and an addiction to cocaine in 2004. In 2019, it was revealed that Williams is in a relationship with actress Tasha Smith. 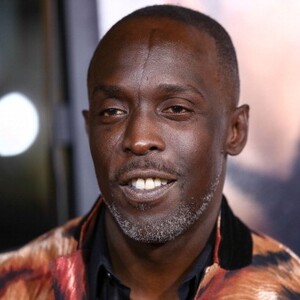