Michael Weatherly Net Worth and Salary: Michael Weatherly is an American actor, director, and producer who has a net worth of $45 million. Weatherly is best known for playing Special Agent Anthony "Tony" DiNozzo Jr. on the CBS series "NCIS" (2003–2016), Logan Cale on Fox's "Dark Angel" (2000–2002), and Dr. Jason Bull on the CBS drama "Bull" (2016–present). Michael got his big break when he was cast as Cooper Alden on the ABC soap opera "Loving" in 1992, and he has more than 40 acting credits to his name, including "The Last Days of Disco" (1998) and "The Specials" (2000). He serves as a producer on "Bull," and he has directed episodes of "NCIS" and "Bull" as well as the short "Under the Sun" (2013) and the documentary "Jamaica Man" (2017). Weatherly also wrote and performed the songs "Under the Sun" and "Bitter and Blue" on the "NCIS" soundtrack.

Salary: Michael was reportedly paid $250,000 per episode during his last few seasons of "NCIS," and in 2016, it was reported that he was earning $300,000 per episode of "Bull," which made him one of the highest-paid actors in the world at the time. That works out to around $9 million per year.

Early Life: Michael Weatherly was born Michael Manning Weatherly Jr. on July 8, 1968, in New York City. His mother, Patricia, was a hospital administrator, and his father, Michael, was a U.S. importer of the Swiss Army Knife, a business that made him a millionaire. Michael and his brother, Will, were raised in Fairfield, Connecticut, and he attended Fairfield Country Day School. Weatherly later attended Brooks School in North Andover, Massachusetts, graduating in 1986. He attended several colleges, briefly studying at Boston University, American University, and Menlo College, but he dropped out to focus on his acting career.

Career: Weatherly made his acting debut in a 1991 episode of "The Cosby Show," and later that year, he had an uncredited role as Preppy Killer on the soap opera "Guiding Light." From 1992 to 1994, he appeared on more than 290 episodes of "Loving," and he reprised the role of Cooper Alden on "The City" from 1995 to 1996. After moving to Los Angeles, Michael co-starred with Jennifer Garner on the 1998 Fox series "Significant Others," which ran for six episodes, and that year, he also appeared on six episodes of the NBC sitcom "Jesse." He played Rodney Dangerfield's son in the 1997 movie "Meet Wally Sparks" and appeared in the 1998 film "The Last Days of Disco." In 1999, Weatherly guest-starred on "Charmed" and "The Crow: Stairway to Heaven" and appeared in the independent film "Winding Roads." In 2000, he appeared in two films, "Gun Shy" and "The Specials," guest-starred on "Ally McBeal," and began starring as cyber-journalist Logan Cale on "Dark Angel," which aired 43 episodes over two seasons.

Michael played Tony DiNozzo for the first time on the April 2003 "JAG" episode "Ice Queen," then portrayed the character on 306 episodes of "NCIS" as well as a 2014 episode of "NCIS: New Orleans" and a 2015 episode of "NCIS: Los Angeles." While starring on "NCIS," he appeared in the films "Her Minor Thing" (2005) and "Charlie Valentine" (2010), portrayed actor Robert Wagner (who later played DiNozzo's father on "NCIS") in the ABC television film "The Mystery of Natalie Wood" (2004), and guest-starred on "Major Crimes" (2012). After leaving the popular CBS series (which has aired 18 seasons as of this writing), Weatherly began starring as psychologist Jason Bull on another CBS show, "Bull," which is loosely based on Dr. Phil McGraw's time as a trial consultant. 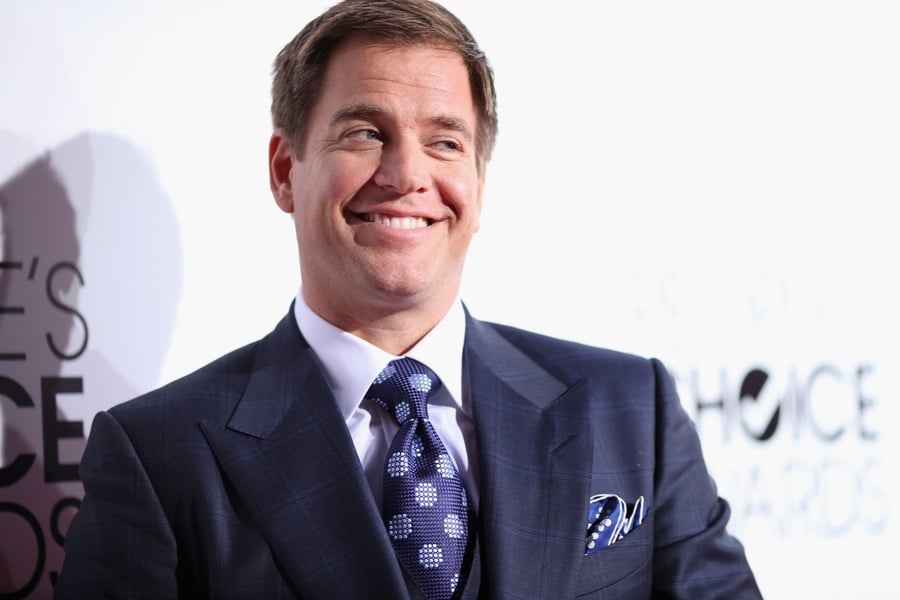 (Photo by Christopher Polk/Getty Images for)

Personal Life: Michael married Amelia Heinle, his "Loving" co-star, on September 26, 1995, and they had a son, August (born January 10, 1996) before divorcing in 1997. Weatherly began a relationship with his "Dark Angel" co-star Jessica Alba in early 2000, and they become engaged in 2001. The couple split in August 2003, and Michael went on to wed Dr. Bojana Jankovic, an internist, on September 30, 2009. They welcomed daughter Olivia on April 10, 2012, and son Liam on October 29, 2013. Weatherly's niece is actress Alexandra Breckenridge, who has appeared on television shows such as "American Horror Story" and "True Blood." Michael and Bojana have supported several nonprofit organizations, including Healthy Child Healthy World, the Tryall Fund, and Environmental Working Group.

In January 2018, actress Eliza Dushku, who had a recurring role on "Bull," was paid a $9.5 million settlement by CBS due to the fact that she was fired after informing producers that Weatherly was behaving inappropriately toward her on set. According to the "New York Times," Michael "remarked on her appearance, and made a rape joke and a comment about a threesome" in front of members of the cast and crew. After the news was reported, Weatherly released a statement, saying "When Eliza told me that she wasn't comfortable with my language and attempt at humor, I was mortified to have offended her and immediately apologized." Michael broke the terms of the settlement by releasing the statement, and Dushku called his apology "more deflection, denial, and spin." In 2019, Weatherly and "Bull" showrunner Glenn Gordon Caron underwent leadership training as a result of the sexual harassment allegations.

Real Estate: In 2012, Weatherly paid $3.5 million for a three-bedroom home in the Hollywood Hills, and after the family relocated to New York City (where "Bull" is filmed) in 2017, he put the home on the rental market for $25,000 per month. The property includes a swimming pool, spa, and tennis court. 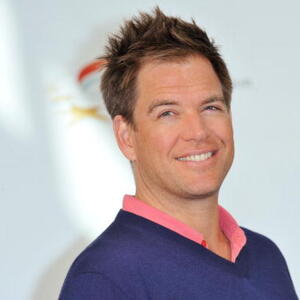