Michael Warren net worth: Michael Warren is an American actor who has a net worth of $5 million. Michael Warren was born in South Bend, Indiana in March 1956. He played college basketball at UCLA and won multiple NCAA Championships playing with Lew Alcindor (Kareem Abdul Jabbar).

He was inducted into the UCLA Athletic Hall of Fame in 1990 and in 2009 was made a Pac-10 Hall of Honor inductee. Warren was drafted in the 1968 NBA Draft. As an actor Warren has more than 80 acting credits to his name. He is best known for starring as Officer Bobby Hill on the television series Hill Street Blues from 1981 to 1987. Warren also starred as Ranger P.J. Lewis on the TV series Sierra in 1974 and as Willie Miller on the series Paris from 1979 to 1980. In 2000 he starred as Ron Harris on the television series City of Angels. Michael Warren has starred in many films including Normal… Is That You?, Drive, He Said, Anderson's Cross, and more. In 1982 he was nominated for a Primetime Emmy Award for Outstanding Supporting Actor in a Drama Series for Hill Street Blues. Michael's son Cash Warren is married to actress/entrepreneur Jessica Alba. 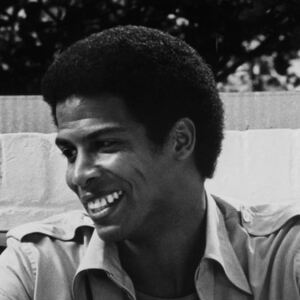