Michael Vartan Net Worth: Michael Vartan is a French-American actor who has a net worth of $8 million dollars. Born in Boulogne-Billancourt, Hauts-de-Seine, France, in 1968, Michael Vartan lived in the United States as a child before moving back to his native country for high school. When he was 18 years old, he left France for Los Angeles to avoid the nation's military requirement and enrolled in acting school.

He made his on-screen debut in a made-for-TV documentary in 1988's "Black Leather Jacket". He went on to appear in several foreign films during the early '90s and took several small parts before landing bigger roles in 1999's "Never Been Kissed", 2002's "One Hour Photo", 2005's "Monster-in-Law", and 2008's "Jolene". In 2001, Vartan landed the TV part that made him a better-known name in Hollywood, scoring the role of Michael Vaughn in TNT's "Alias" alongside Jennifer Garner. Vartan appeared in 95 episodes of the show from 2001 until 2006. A few years later, he landed the main cast role of Dr. Tom Wakefield on "Hawthorne" for 30 episodes from 2009 to 2011. Vartan's other TV and movie credits include "Ally McBeal", "Kitchen Confidential", "Bates Motel", "The Next Best Thing", "Demoted", "The Pallbearer", and "Rogue". In 2003, he started dating his "Alias" co-star Jennifer Garner, though they broke up the next year. He married his first wife, Lauren Skaar, in 2011, before she filed for divorce in mid-2014. Vartan is an active animal advocate and appeared in a PETA campaign with his dog, Millie. 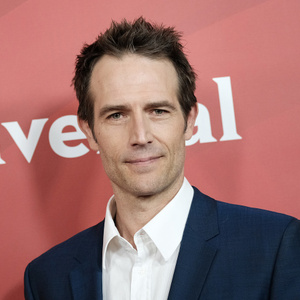