Michael Urie net worth: Michael Urie is an American actor who has a net worth of $3 million. Michael Urie is probably best known for his role as Wilhelmina Slater's bitchy assistant, Marc St James in the drama series Ugly Betty. Urie also gained his net worth as a producer and director.

As a student, Urie appeared in several plays, including Love and Happiness (2001), Sylvia (1998) and Locked Away (1999). He then went on to take lead role in the film as well as the play WTC. In 2006, Urie was casted, initially for one episode, in Ugly Betty. However his chemistry with Vanessa Williams proven to be a hit and Urie became a regular cast. Urie portrayal of Wilhelmina sidekick earned him a Ewwy nomination for Best Supporting Actor. After Ugly Betty, Urie appeared in a string of plays, receiving a Lucille Lortel Award for his performance in off-Broadway production, The Temperamentals. Urie made his Broadway debut in How to Succeed in Business Without Really Trying in 2012. He also co-stars with Sophia Bush in CBS' Partners. Urie is the casting director of Plums Productions and has produced and appeared in productions, Prachtoberfest and Lowbrow (a little bit tacky). He also directed The Fantasticks and more recently, Dreamstuff. 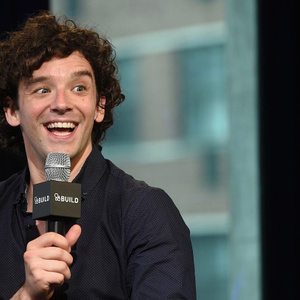