Michael Trevino Net Worth: Michael Trevino is an American actor who has a net worth of $4 million dollars. Michael Trevino was born in Montebello, California in January 1985. He is best known for playing the role of Tyler Lockwood on the TV series The Vampire Diaries. His first television appearance came in the series Summerland in 2005.

The same year he appeared in episodes of Summerland and Charmed. In 2006 Michael starred as Jackson Meade in the TV movie Cow Belles. In 2006 he appeared in episodes of Without a Trace, Cold Case, CSI: Miami, and Bones. In 2007 he starred as Jaime Vega in the series Cane. He then had recurring roles on the TV shows The Riches and 90210. Trevino starred as Jake in the 2008 TV movie Austin Golden Hour and appeared in episodes of CSI: Crime Scene Investigation, The Mentalist, and CSI: NY. Since 2009 his best known role has been as Tyler Lockwood on The CW series The Vampire Diaries. Michael starred in his only film The Factory in 2012 and the TV movie Love Finds a Home in 2009. He had a recurring role on The Originals in 2013. Trevino won Teen Choice Awards for Choice TV: Male Scene Stealer in 2011 and 2012. Michael previously dated actress Jenna Ushkowitz. 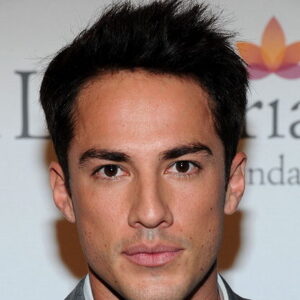