Michael Steger Net Worth: Michael Steger is an American actor who has a net worth of $2 million. Born in Los Angeles, California, in 1980, Michael Steger was the victim of childhood bullying and took up Tae Kwon Do, earning his black belt before his 19th birthday. He received his theater degree from Cal Poly Pomona, after he had already been working on commercials and appeared in 1994's "VR Troopers".

Steger didn't appear on screens again until 2005, making his film debut in "3 Girls and the Golden Cocoon". He has since appeared in "The Cheetah Girls: One World", "Farah Goes Bang", and "Blast Vegas". Steger is perhaps best known for starring as Navid Shirazi in "90210" from 2008 until 2013 alongside Rob Estes, Shenae Grimes, Tristan Wilds, and AnnaLynne McCord. Steger's other TV parts include appearances in "NCIS", "The Winner", "Hannah Montana", "Cory in the House", "Criminal Minds", "Covert Affairs", and "True Blood". He also appeared in two music videos for The Killers: "Bones" and "Just Another Girl". Steger has been married to his wife, Brandee Tucker, since 2008. They appeared on the popular Game Show Network show "Lingo" together and created "Brandee Built on Crazee", a one-woman show starring his wife that Steger produced and directed. 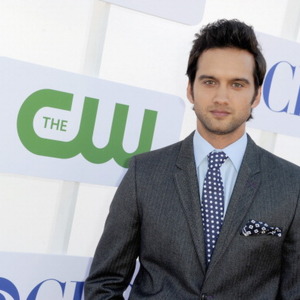