How much is Michael Sheen Worth?

Michael Sheen Net Worth and Salary: Michael Sheen is a Welsh actor who has a net worth of $16 million. Although Sheen began his career as an award-winning stage actor, he later transitioned to the world of film. Throughout the years, Michael has become quite well-known for his work on biographical films, playing figures like Tony Blair, David Frost, Kenneth Williams, and Brian Clough.

Around 2010, Sheen started to branch out with a wider range of film roles. This brought him to the attention of a larger audience, and it also helped him land roles in a number of well-known TV series. Today, Sheen continues with stage work while juggling a number of film and television projects.

Early Life: Michael Christopher Sheen was born on February 5th of 1969 in Newport, Monmouthshire, Wales. Raised alongside a younger sister, Michael moved with his family to Wallasey before settling in Baglan, Neath Port Talbot, Glamorgan. While Sheen was interested in acting from a young age, he also proved to be a talented soccer player. At the age of 12, he was even offered a place on Arsenal's youth team, but his parents were unwilling to relocate to London. Sheen later admitted that his chances of becoming a professional footballer were "slim."

Theatre was always the prime influence in Michael's life, as both of his parents were intimately involved with local operas and musicals. During his teens, Sheen became closely involved with the West Glamorgan Youth Theatre and the National Youth Theatre of Wales. During this period, Michael learned much about acting and the discipline required to work professionally in this field.

After graduating from secondary school, Sheen considered studying English before attending the Royal Academy of Dramatic art in London. He enrolled at the prestigious drama school in 1988 having worked at a fast-food restaurant during the previous year in order to save up enough money for tuition. He was also awarded a bursary in order to help pay his fees, and he graduated in 1991 with a Bachelor of Arts in Acting.

Career: Sheen's first professional role came in 1991 with a stage production of "When She Danced" at the Globe Theatre. He was later cast in a production of "Romeo and Juliet" before going on to appear in plays like "Don't Fool With Love" and "Moonlight." His television debut came in 1993 with the mini-series "Gallowglass" before continuing his stage career with plays like "Peer Gynt," "Charley's Aunt," "The Seagull," and "The Dresser."

His film debut came in 1995 when he appeared in "Othello." Stage work continued to be a priority, however, as he spent the next few years winning central roles in plays like "The Ends of the Earth," "Henry V," "The Homecoming," and "Badfinger." In 1997, he played Oscar Wilde in the film "Wilde." Michael then played Mozart in a revival of the play "Amadeus," winning widespread critical acclaim.

By the turn of the 21st century, Sheen began to focus more on film work. He started by appearing in the 2002 film "Heartlands," and followed up with a minor role in "The Four Feathers." 2003 started well with a role in "Bright Young Things," although his true breakthrough came when he was cast as Lucian in "Underworld." In this cult classic vampire flick, Sheen played the leader of a werewolf group.

After a brief return to the stage with "Caligula," Sheen's film career took another major step forward when he played Tony Blair in "The Deal." Throughout the next few years, he appeared in films like "Laws of Attraction" before playing Blair once again in "The Queen." He then played David Frost in "Frost/Nixon," a well-received play that was staged in both London and Broadway. The play was later adapted into an equally successful film with Sheen reprising his role.

In 2009, Michael played Brian Clough in "The Damned United." That year, he reprised his role as Lucian in "Underworld: Rise of the Lycans." He finished off 2009 with a role in "The Twilight Saga: New Moon," and reprised his role in many of the film's sequels. Throughout the next few years, Sheen appeared in films like "Tron: Legacy," "The Special Relationship," Woody Allen's "Midnight in Paris," "Nocturnal Animals," "Alice Through the Looking Glass," and "Admission." In terms of television, some of Sheen's most notable work came when he starred in and produced "Masters of Sex."

Relationships: One of Michael Sheen's most notable relationships was with the well-known English actress Kate Beckinsale. Their romance began in 1995 after they had performed together in a stage production of "The Seagull." After they started living together, Kate gave birth to Sheen's daughter in 1999. The pair relocated to Los Angeles in 2003, and the relationship fell apart after Kate Beckinsale and Michael Sheen were both cast in "Underworld." Beckinsale had convinced director Len Wiseman to cast Sheen in the movie – but Kate then fell in love with Wiseman during the production of the film. She later married Wiseman in 2004.

Following his split from Beckinsale, Sheen dated a number of high-profile celebrities. Starting in 2004, he was in a relationship with ballet dancer Lorraine Stewart for a few years. He then dated actress Rachel McAdams from 2010 to 2013 before sparking a relationship with Sarah Silverman from 2014 until 2018. One year later, Michael had found a new partner, Anna Lundberg, and they welcomed their first child into the world later in 2019.

Activism: Michael Sheen is involved in a number of Welsh charities, including the Wales Council for Voluntary Action, TREAT Trust Wales, Keep Wales Tidy, and Into Film. Aside from his patronage of a number of other charities, Sheen is also known for participating in a number of charity soccer matches. In 2010, he captained the winning team at the Soccer Aid event at Wembley Stadium. He later appeared in Soccer Aid matches throughout the next few years. In addition, Sheen is the vice-president of Port Talbot Town FC, and he sponsored a women's football team in Wales. 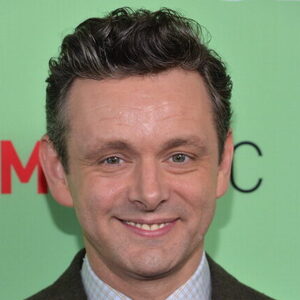