Michael Rispoli net worth: Michael Rispoli is an American actor who has a net worth of $2 million. Michael Rispoli was born in Tappan, New York in November 1960. In 1995 he starred as Lou Frischetti on the television series The Great Defender. Rispoli starred as Officer Susser on the TV series Ryan Caulfield: Year One in 1999.

From 2012 to 2013 he starred as Bel Jaffe on the series Magic City. Rispoli has also had recurring roles on the TV series Big Apple as Swenson in 2001, The Sopranos as Jackie Aprile from 1999 to 2001, Bram and Alice as Michael in 2002, Third Watch as Jerry Mankowicz from 1999 to 2002, The Black Donnellys as Alo in 2007, Those Will Kill as Wilkie in 2014, Madolf as Frank DiPiscali in 2016, Feed the Beast as Detective Guy Giordano in 2016, and The Deuce as Rudy Pipilo in 2017. Rispoli has stared in several films including Above the Rim, Leaves Las Vegas, While You Were Sleeping, The Juror, Volcano, Rounders, Summer of Sam, Death to Smoochy, Mr. 3000, The Taking of Pelham 123, Kick-Ass, Empire State, and more. 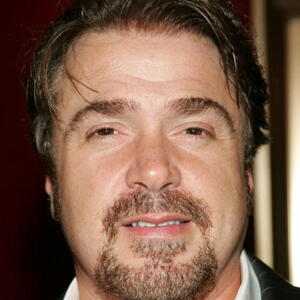