What Is Michael Rapaport's Net Worth?

Michael Rapaport was born Michael David Rapaport on March 20, 1970, in New York City. His mother, June Brody, was a radio personality, and his father, David Rapaport, was a radio executive and general manager of the WKTU Disco 92 radio station. Michael has a brother, Eric, as well as a half-sister, Claudia, from his father's previous marriage. After June and David divorced, she married comedian Mark Lonow, co-owner of The Improv. Rapaport's family is Ashkenazi Jewish, originally from Russia and Poland. Michael attended Erasmus Hall High School, and after he was expelled, he later graduated from Martin Luther King High School. 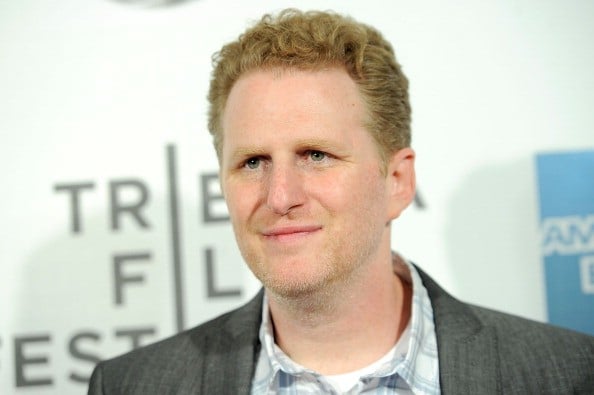 Michael married writer/producer Nichole Beattie on January 15, 2000, and they welcomed sons Julian and Maceo before divorcing in 2007. Rapaport then wed actress Kebe Dunn in 2016. In 1997, Michael was arrested for harassing his ex-girlfriend, actress Lili Taylor, and he was charged with aggravated harassment. He pleaded guilty to the charges, and a protection order was issued to keep Rapaport from contacting Taylor. He was also ordered to undergo counseling. In June 2018, he stopped a man from opening an emergency door during an American Airlines flight. Michael spoke about the incident on the "I Am Rapaport: Stereo Podcast," stating, "I got up out of my seat, half sleeping, with my headphones in my ear, and I put my hand on his shoulder, like 'What the (explicit) are you doing?' He had two hands on the lever. I said it three times, loud. The second time I said it, he still had his hand on the (explicit) thing. … I sort of pinned him against the seat. This is happening all in about 45 seconds." Flight attendants and other passengers eventually came over to help him get the man away from the door.

For many years, Michael owned a brownstone on East 18th Street in New York City. The three-story building has three units that he rented for as much as $8,000 per month. At some point around 2004, Rapaport had to evict actress Natasha Lyonne from one of the units after she reportedly threatened a neighbor's dog and trashed the apartment. According to real estate records, Michael appears to have sold the building in 2009 for $4 million. In 2016, he paid $2.97 million for a five-bedroom, six-bathroom home in the Hancock Park area of Los Angeles. The house sold for $3.57 million in April 2021.