Michael Rady Net Worth: Michael Rady is an American actor who has a net worth of $600 thousand. Born in 1981 in Philadelphia, Pennsylvania, Michael Rady made his acting debut starring as Kostas in the hit film "The Sisterhood of the Traveling Pants" in 2005. He followed that up with an uncredited part in "Freedomland" and by playing Greg in the TV movie "Oprheus" a year later.

Rady appeared in "The Guardian", "Sleeper Cell", "CSI:NY", and "ER" before reprising the role of Kostas for 2008's "The Sisterhood of the Traveling Pants 2". He has since appeared in eight episodes of "Swingtown" as Doug Stephens, 14 episodes of "Greek" as Max Tyler, and 18 episodes of "Melrose Place" as Jonah Miller. He held the role of Agent Jones in Clint Eastwood's 2011 movie "J. Edgar" alongside Leonardo DiCaprio, Armie Hammer, Naomi Watts, Judi Dench, Josh Lucas, and Ed Westwick. Rady's other TV and film credits include "The Closer", "Medium", "Castle", "Happy Endings", "The Mentalist", "House of Lies", "Emily Owens M.D.", "Intelligence", "InSearchOf", "Committed", Random Encounters", and "Blood Relative". Rady has been married to his wife, Rachael Kemery, since the spring of 2010. Kemery gave birth to the couple's first child, a son named Ellington, in 2012. 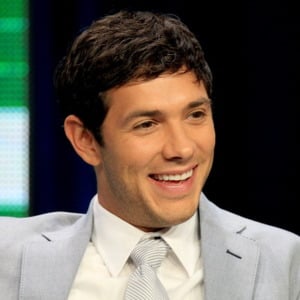