Michael Pitt net worth: Michael Pitt is an American actor and musician who has a net worth of $6 million. Michael Pitt is probably most famous for playing the role of Jimmy Darmody in the HBO series Boardwalk Empire. He is also well-known for his role in Bernardo Bertolucci's film The Dreamers.

Michael was born on April 10, 1981 in West Orange, New Jersey; he made his acting debut in the off-Broadway play The Trestle at Pope Lick Creek in 1999, performed at the New York Theatre Workshop. At the play Pitt caught the eye of a casting agent who recommended him for a guest role on the television series Dawson's Creek. Pitt went on to star as Henry Parker in 15 episodes between 1999 and 2000, some of his films rolls after Dawson's Creek include the role of the lover of a transgendered rock star in Hedwig and the Angry Inch in 2001, and a supporting role in the film Bully. He also starred in Murder by Numbers and The Village prior to his role in The Dreamers. Some of Pitt's music credits include singing and playing guitar in his band called Pagoda, the group released a self-titled debut album by Universal/Fontana/Ecstatic Peace. He also performed the song "Hey Joe" alongside the band known as Twins of Evil, this song can be heard in the movie The Dreamers. Pitt was the face for Prada's Spring/Summer 2012 Men's Collection. 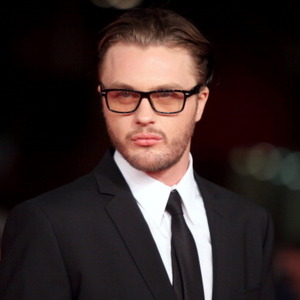