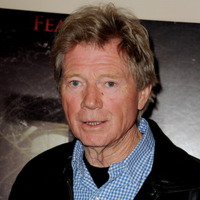 Michael Parks net worth: Michael Parks was an American singer and actor who had a net worth of $4 million. Michael Parks was born in Corona, California in April 1940 and passed away in May 2017. As a singer he released eight albums and sang the theme song for the television series Then Came Bronson, "Long Lonesome Highway", which reached #20 on the Billboard Hot 100 chart. As an actor Parks had more than 140 acting credits to his name. He starred as Jim Bronson on the TV series Then Came Bronson from 1969 to 1970. In 1987 he starred as Phillip Colby on the series The Colbys. From 1990 to 1991 he had a recurring role as Jean Renault on the television series Twin Peaks. Parks starred in several films including The Bible: In the Beginning, The Happening, The Private Files of J. Edgar Hoover, Hard Country, Savannah Smiles, The Return of Josey Wales, The Hitman, From Dusk till Dawn, Kill Bill: Volume 1, Kill Bill: Volume 2, Smokin' Aces 2: Assassins' Ball, Argo, Django Unchained, and more. Parks won a Hollywood Film Award for Argo in 2012 and a Fangoria Chainsaw Award in 2012 for Red State. Michael Parks passed away on May 9, 2017 at 77 years old.