Michael Pare net worth: Michael Pare is an American actor who has a net worth of $2 million. Michael Pare was born in Brooklyn, New York in October 1958. He worked as a chef when he was discovered by a talent agent. Pare has over 100 acting credits to his name and starred as Tony Villivana in the television series The Greatest American Hero from 1981 to 1983.

From 1987 to 1988 he starred as Sgt. Joey La Fiamma in the TV series Houston Knights. Pare starred as Dante Montana in the series Starhunter from 2000 to 2003. He has also starred in the movies Streets of Fire, The Philadelphia Experiment, Space Rage, Instant Justice, Into the Sun, Sunset Heat, Deadly Heroes, Village of the Damned, The Colony, Bad Moon, Hope Floats, October 22, The Virgin Suicides, Sanctimony, Blackwoods, Heart of America, Gargoyle, Furnace, South Beach, Seed, Postal, BloodRayne, Far Cry, Direct Contact, Rampage, The Lincoln Lawyer, Assault on Wall Street, and Sicilian Vampire. In 2015 he won a Career Achievement Award for Best Actor for The Shelter at A Night of Horror International Film Festival. 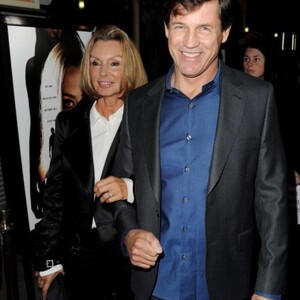