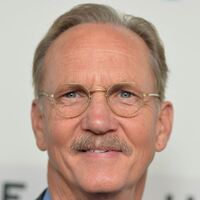 Michael O'Neill net worth: Michael O'Neill is an American actor who has a net worth of $3 million. Michael O'Neill was born in Montgomery, Alabama in May 1951. He has more than 100 acting credits to his name starting back in 1981. From 1999 to 2016 he had a recurring role as Secret Service Agent Ron Butterfield on the television series The West Wing. O'Neill has had recurring roles on the TV series Boston Public as Dr. Bernard Colbert, The Unit as Ron Cheals, Prison Break as Herb Stanton, Grey's Anatomy as Gary Clark, Vegas as Mayor Ted Bennett, Necessary Roughness as Hank Griffin, Bates Motel as Nick Ford, Extant as Alan Sparks, Rectify as Senator Roland Foulkes, and Scandal as Lonnie Mencken. Michael O'Neill has appeared in several films including The Legend of Bagger Vance, Traffic, Seabiscuit, Secondhand Lions, Transformers, J. Edgar, Dallas Buyers Club, and more. He is married with three children.