Michael O'Keefe Net Worth: Michael O'Keefe is an American actor who has a net worth of $2 million. Michael O'Keefe was born in Mount Vernon, New York in April 1955. He is best known for playing the role of Danny Noonan in Caddyshack. He attended the American Academy of Dramatic Arts and New York University.

O'Keefe made his debut in a Colgate television commercial. His TV debut came in the series The Texas Wheelers in 1974. From 1990 to 1991 he starred as Simon McHeath in the TV series Against the Law. O'Keefe starred as Fred on the series Roseanne from 1993 to 1995. From 1996 to 1997 he starred as Kevin hunter in the television series Life's Work. O'Keefe starred as FBI Agent Frank Rigby in the TV series King & Maxwell in 2013. In 2014 he stars as John Redmond in the series Homeland. O'Keefe starred in the 1979 film The Great Santini as Ben Meechum and was nominated for an Academy Award for Best Supporting Actor and Golden Globe Award for New Star of the Year in a Motion Picture – Male. He starred as Danny Noonan in Caddyshack in 1980 and also starred in the films Ghosts of Mississippi, The Glass House, The Hot Chick, Michael Clayton, Frozen River, Chasing 3000, American Violet, Too Big to Fail, and The Wait. He directed the 1997 documentary Raising the Ashes which won a Silver Plague at the Chicago International Film Festival for Best Documentary Short. Michael was married to singer Bonnie Raitt from 1991 to 1999. 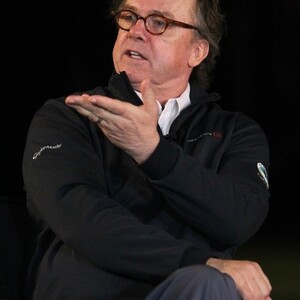