He tried to pursue ballet after returning to Sweden, but eventually enrolled in the Malmo Theatre Academy and created an on-stage acting career. He first appeared on-screen in 1982 with a small role in a TV movie called "Kamraterna". His 2000 role in "Together" earned him a nomination for Best Supporting Actor at the Guldbagge Awards, and he was nominated for an Academy Award for the 2004 film "As It Is In Heaven". Other TV and film credits include "Beck", "The Girl with the Dragon Tattoo", "The Girl Who Played with Fire", "The Girl Who Kicked the Hornet's Nest", and "Mission: Impossible – Ghost Protocol". Nyqvist was married with two children to scenographer Catharina Ehrnrooth. Unfortunately, Michael Nyqvist died on June 27, 2017 at the age of 56. He had been battling lung cancer. 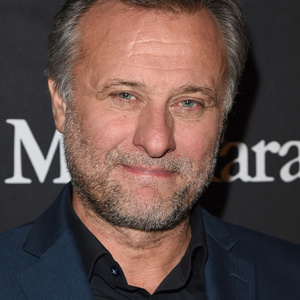