Michael Nouri net worth: Michael Nouri is an American actor who has a net worth of $2.5 million dollars. Michael Nouri was born in Washington, D.C., and went on to attend Rollins College. He subsequently transferred to Emerson College. He began his professional career on Broadway in the play, "Forty Carats", in the late 60s, and then branched out into film and television work. He has appeared in such film and television projects as "Goodbye, Columbus", "Beacon Hill", "Search for Tomorrow" (for which he also sang the theme song), "The Curse of Dracula", "Bay City Blues", "The Hidden", "Love & War", "Victor/Victoria", "Lovely & Amazing", and "The Proposal". He is most widely recognized for his co-starring and recurring roles on such television shows as "The O.C.", "N.C.I.S.", "Army Wives", "Damages", and "All My Children". He is internationally known for co-starring in the hit film, "Flashdance", as Jennifer Beals' love interest. 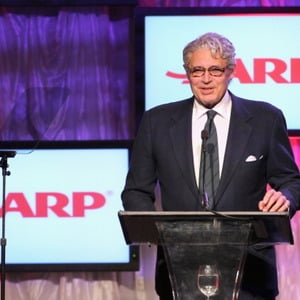