Michael Nader Net Worth: Michael Nader was an American actor who had a net worth of $1.5 million at the time of his death. Michael Nader was born in St. Louis, Missouri in February 1945. His first role came in the movie Beach Party in 1963. Nader starred as Siddo in the TV series Gidget from 1965 to 1966. In 1983 he starred as Alexi Theophilus in the series Bare Essence. Michael starred as Dex Dexter in the television series Dynasty from 1983 to 1989. From 1991 to 2001 he starred as Dimitri Marick in the soap opera All My Children.

Nader revived the role of Dimitri in All My Children in 2013. He also starred in the films Muscle Beach Party, For Those Who Think Young, Bikini Beach, Pajama Party, Beach Blanket Bingo, Sky Party, How to Stuff a Wild Bikini, Sergeant Dead Head, Fireball 500, Don't Make Waves, The Trip, The Finishing Touch, and Fled. Nader has also appeared in episodes of the TV series As the World Turns, Magnum, P.I., The Flash, Law & Order: Special Victims Unit, and Cold Case. 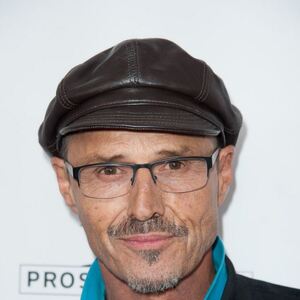