Michael McIntyre net worth: Michael McIntyre is an English comedian who has a net worth of $80 million. In an average year, Michael McIntyre has been known to earn as much as $30 million and has been named the highest-grossing comedian in the world. He has released four DVDs, Live and Laughing, Hello Wembley, Showtime and Happy & Glorious that have sold a combined total of over five million copies in the United Kingdom.

In addition to stand-up, he has also hosted his own comedy program called, Michael McIntyre's Comedy Roadshow, which has been featured in three episodes of Live at the Apollo. In 2011, McIntyre was a judge on Britain's Got Talent. He has also co-hosted various segments on Comic Relief in 2011 and 2013. He was born on February 21, 1976 in Merton, England in West London near Wimbledon. He attended Edinburgh University and took classes for one year before dropping out to pursue a career in scriptwriting. From 2007-2009 he made appearances on BBC One's Live at the Apollo and has appeared on countless panel and chat shows including Top Gear, The Apprentice: You're Fired!, and The Big Fat Quiz of the Year. In 2009 he began hosting Michael McIntyre's Comedy Roadshow that aired on Saturday nights, and he joined Britain's Got Talent as a panel judge in 2011 alongside David Hasselhoff and Amanda Holden. In 2012 he left this role to focus on his stand-up shows and in 2013, played the biggest comedy gig in Africa to 9,000 fans at the Coca-Cola Dome in Johannesburg. 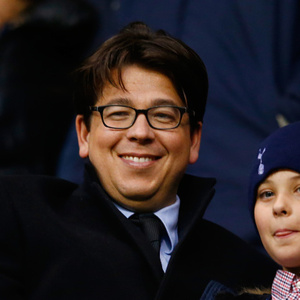