Michael Madsen net worth: Michael Madsen is an American actor, poet and photographer who has a net worth of $6 million. Madsen's net worth would be higher, but he filed for bankruptcy in 2009 and was sued by a former landlord for racking up $80,000 worth of unpaid rent on a house in Malibu. At the time of his bankruptcy filing, Madsen claimed his monthly income was just $3,300. His career and finances have recovered nicely since then, thanks mainly to the fact that Michael has appeared in dozens of movies to clear his debts.

Michael Madsen is best known for his performances in the Quentin Tarantino movies "Reservoir Dogs," "Kill Bill," "The Hateful Eight," and "Once Upon a Time… in Hollywood." He has also appeared in numerous other films including "The Getaway," "Wyatt Earp," "Donnie Brasco," and "Sin City," and on television in "Our Family Honor," "Vengeance Unlimited," and "Tilt," among other programs.

Early Life and Career Beginnings: Michael Søren Madsen was born in 1957 in Chicago, Illinois to mother Elaine, an author and filmmaker, and father Calvin, a World War II Navy veteran and Chicago Fire Department firefighter. He has two siblings, entrepreneur Cheryl and actress Virginia, who earned an Oscar nomination for her role in the 2004 film "Sideways." Madsen is of Danish ancestry on his father's side, and of German, English, Irish, Scottish, and Native American ancestry on his mother's side.

In Chicago, Madsen got his start working at the Steppenwolf Theatre Company as an apprentice under actor John Malkovich; he also appeared in a production of Steinbeck's "Of Mice and Men." After appearing in the 1982 film "Against All Hope," Madsen landed a notable, small film part in the 1983 Cold War thriller "WarGames."

Big Screen Breakthroughs: Throughout the rest of the 80s, Madsen appeared in films including "Racing with the Moon," "The Natural," "The Killing Time," "Shadows in the Storm," and "Kill Me Again." However, his first major film role came in 1991, when he was cast as Jimmy in the buddy road film "Thelma & Louise," starring Susan Sarandon and Geena Davis. An even bigger part came the next year in "Reservoir Dogs," the directorial debut of Quentin Tarantino. Madsen played Mr. Blonde, a cruel mobster who, in the film's most famous scene, taunts and slices the ear off of a bound police officer.

Madsen continued to land significant roles throughout the rest of the decade, including in the comedy thriller "Fatal Instinct," the crime film "Trouble Bound," the family drama "Free Willy," the action thriller "The Getaway," the Western "Wyatt Earp," the science-fiction horror film "Species," and the neo-noir "Mulholland Falls." In 1997, he starred in the gangster film "Donnie Brasco" alongside Al Pacino and Johnny Depp, and in 1998 had leading roles in the war film "Surface to Air" and the sequel to "Species," "Species II." In 1999, Madsen appeared alongside his sister Virginia in "The Florentine." 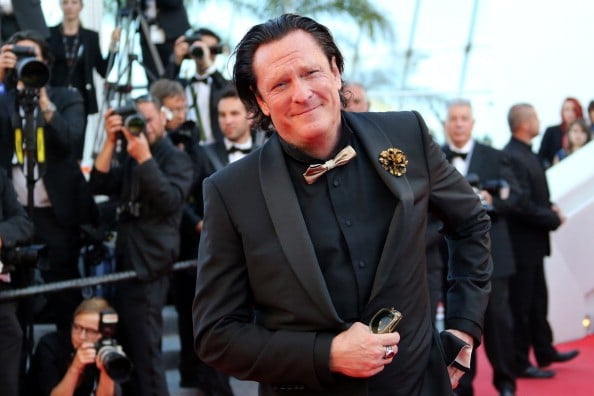 Continued Film Career: In the early 2000s, Madsen was in "The Alternate," the James Bond film "Die Another Day," and the romcom "My Boss's Daughter." In 2003, he re-teamed with Quentin Tarantino for "Kill Bill: Volume 1," in which he played the assassin Budd, and subsequently appeared in "Kill Bill: Volume 2" in 2004. His credits after this included "Sin City," "Chasing Ghosts," "BloodRayne," "The Last Drop," "Living & Dying," "Tooth and Nail," "The Killing Jar," "Loosies," "Amsterdam Heavy," and "Along the Roadside."

Madsen had a big year on the big screen in 2015. He was in seven films, including the British action movie "Skin Traffik," the Canadian drama "No Deposit," the psychological thriller "Flipped," and the crime drama "Death in the Desert." He was also part of the ensemble of Tarantino's Western film "The Hateful Eight." Subsequent credits have included "Vigilante Diaries," "Rock Paper Dead," "Papa," "The Garden Left Behind," "Welcome to Acapulco," and another Tarantino film, "Once Upon a Time… in Hollywood."

Television Career: Madsen made his first appearance on television in 1983, in two episodes of the medical drama "St. Elsewhere." He was in the television film "Special Bulletin" that same year. Following this, Madsen was in episodes of "Cagney & Lacey," "Miami Vice," and "The Hitchhiker." From September 1985 to January of 1986, he was part of the ensemble of the ABC drama series "Our Family Honor." Later credits include "Almost Grown," "Tour of Duty," "Quantum Leap," "The Outsiders," and the crime drama "Vengeance Unlimited," on which he starred opposite Kathleen York. The show ran for 16 episodes.

Madsen has been on many other shows, including "Big Apple," the miniseries "Tilt," "CSI: Miami," "24," "The Mob Doctor," "Hawaii Five-0," and "Powers," an online streaming series. He has also been in a surfeit of made-for-television films such as "Montana," "Baby Snatcher," "Beyond the Law," "High Noon," "Sacrifice," "Frankenstein," "Croc," and "Megalodon."

Poetry and Photography: In addition to acting, Madsen is an accomplished poet and photographer. Having begun writing in the early 90s, he released the volumes "Beer, Blood and Ashes," "Eat the Worm," and "Burning in Paradise." In 2005, he released the poetry collection "The Complete Poetic Works of Michael Madsen, Vol 1: 1995 – 2005." Later works have included "American Badass" and "Expecting Rain." Madsen has cited Charles Bukowski and Jack Kerouac as influences on his poetic style.

In 2006, Madsen released his debut book of photography, called "Signs of Life." Published by 13 Hands Publications and dedicated to his late friend Chris Penn, the book also contains selections of Madsen's poetry.

Personal Life and Philanthropy: In 1984, Madsen married Georganne LaPiere; two years later, they divorced. In 1991, he wed his second wife, Jeannine Bisignano. After having two children, including future actor Christian, they divorced in 1995. The following year, Madsen married DeAnna Madsen, with whom he has three children.

Madsen has been recognized for his philanthropic involvement, including his work with the Shriners Hospital for Children. In 2016, to benefit those with pediatric cancer, he hosted an event called "An Intimate Evening with Michael Madsen." 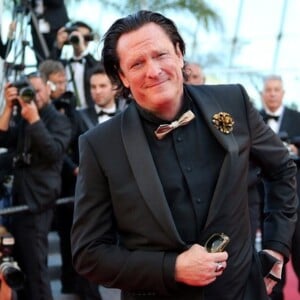