Michael Lohan Net Worth: Michael Lohan is an American television personality and former commodities trader who has a net worth of $50 thousand dollars. Michael is most famous for being the father of actress Lindsey Lohan. Michael was born on April 25, 1960.

He was raised in Cold Spring Harbor, Long Island. Michael got his start on Wall Street on the commodity trading floor when he was just 20 years old. He met and married aspiring singer/actress Donata Melina Nicolette "Dina" Sullivan in 1985. Lindsay, born in 1986, was their first of eventually four total chlildren. At one point in 1990, Michael Lohan was investigated for insider trading and served jail time for not revealing names of traders involved in the trading scheme. He served three years before being released on probation in 1993. In 1997, Michael was arrested again for violating his probation and was ordered to serve another year behind bars. In the post jail period, he worked both as a counselor and an actor with the Teen Challenge Rehabilitation program in Long Island. In 2003 he was arrested again for assault. He was released in 2007. He was arrested again in 2011 on suspected domestic violence involving a woman named Kate Major. Michael and Kate married in 2014, then separated in 2015. In 2016 he appeared in 10 episodes of the Vh1 series Family Therapy with Dr. Jenn. 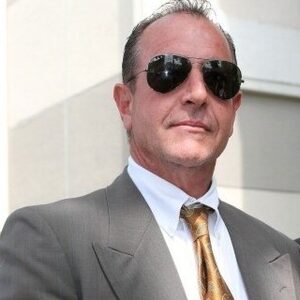