Michael Learned net worth: Michael Learned is an American actress who has a net worth of $3 million dollars. Michael Learned was born in Washington, D.C., and grew up in Connecticut. She then moved to Austria when her father, who worked for the State Department, was transferred overseas.

She discovered a love of performance while living overseas, and made her professional on-camera debut in the 1963. She gained national attention when she was cast to play Olivia Walton in the popular series, "The Waltons". She went on to win three Emmy Awards for her work. In addition to her work on "The Waltons", she appeared in such projects as "Gunsmoke", "Insight", "Police Story", "A Christmas Without Snow", "Roots: The Gift", "Murder, She Wrote", "Who's the Boss?", "Profiler", "Scrubs", and "General Hospital", among many, many other programs. She also won another Emmy for her starring work in the short-lived series, "Nurse". In addition to her on-camera career, she has worked steadily in national touring and regional theater productions. 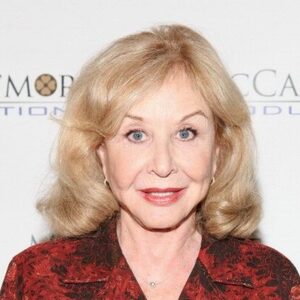