Michael Kostroff Net Worth: Michael Kostroff is an American actor who has a net worth of $1 million. Michael Kostroff was born in New York City, New York, in 1961. He made his on-screen debut as a guest on 1994's "The Steven Banks Show". Kostroff appeared in several shows, including "Partners", "General Hospital", "The Geena Davis Show", "Men, Women & Dogs", "Felicity", "The King of Queens", and "Malcolm in the Middle", before landing the part of Maury Levy on the hit HBO drama series "The Wire".

Kostroff appeared on the series until the show's 2008 end. He has since had a recurring role on "Sonny with a Chance", appeared in five episodes of "Damages", and guest starred on "The Middle". Kostroff's other TV and film credits include "The West Wing", "8 Simple Rules", "The Inside", "Charmed", "Boston Legal", "Veronica Mars", "Commander in Chief", "The Closer", "Studio 60 on the Sunset Strip", "In Case of Emergency", "The Wedding Bells", "Without a Trace", "Brothers & Sisters", "Weeds", "Cold Case", "Return from the River Kwai", "Liar Liar", "Blunt", "Marco Polo: Return to Xanadu", "Eagle Eye", and "Hit List". In 2001, he served as the editor of the 2001 TV movie "Surviving Gilligan's Island: The Incredibly True Story of the Longest Three Hour Tour in History". He is active in several stage productions and works with Los Angeles' Musical Theatre Guild. Kostroff worked on Barack Obama's presidential campaign and wrote his first book, "Letters from Backstage". 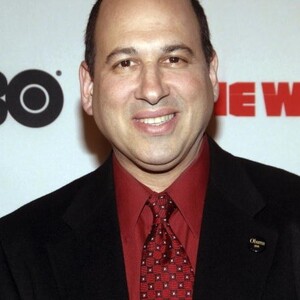