What is Michael Jai White's Net Worth?

Michael Jai White is an actor, director and martial artist who has a net worth of $5 million. Michael is best known for his performances in such films as "Spawn," Tyler Perry's "Why Did I Get Married?" and its sequel, and "Black Dynamite." He also starred on Tyler Perry's television sitcom "For Better or Worse." White's other credits have included the film "Universal Soldier: The Return," the web series "Mortal Kombat: Legacy," and the HBO television movie "Tyson."

Michael Jai White was born on November 10, 1964. At the age of four, he began training in the martial art of Jujutsu, before subsequently taking up Shōtōkan. White went on to practice a number of other martial art styles, including Goju-Ryu, Taekwondo, Wushu, and Kyokushin. Among his other early career endeavors, he was a special education teacher for kids with behavioral issues.

In 1989, White made his film acting debut with a small part in the superhero comedy splatter sequel "The Toxic Avenger Part II." He reprised his role in "The Toxic Avenger Part III: The Last Temptation of Toxie" the same year. White had further bit parts in "Teenage Mutant Ninja Turtles II: The Secret of the Ooze" and "True Identity," both released in 1991. The next year, he played a soldier in the science-fiction military action film "Universal Soldier," and appeared as a military police man in an episode of the television sitcom "Saved by the Bell."

Following a string of small and supporting roles in "On Deadly Ground," "2 Days in the Valley," and "City of Industry," White had his big-screen breakthrough in the 1997 superhero film "Spawn." Starring as the titular character, he became the first African-American person to play a major comic book superhero in a major film. Following this, White appeared in the 1998 films "Ringmaster" and "Thick as Thieves." The next year, he was in the satirical comedy "Breakfast of Champions," and starred opposite Jean-Claude Van Damme in the science-fiction sequel film "Universal Soldier: The Return."

In the early 2000s, White appeared in the action film "Exit Wounds," the erotic thriller "Trois 2: Pandora's Box," and the science-fiction action film "Silver Hawk." He then had one of his biggest successes in 2007, when he starred in Tyler Perry's "Why Did I Get Married?," adapted by Perry from his own play. The film opened at number one at the box office, and spawned the sequel "Why Did I Get Married Too?" White had a number of other memorable roles around this time. In 2008, he played the mob boss Gambol in the superhero blockbuster "The Dark Knight," and in 2009, starred in the blaxploitation action comedy "Black Dynamite," which he also cowrote. Also in 2009, White starred in the direct-to-DVD martial arts film "Blood and Bone." He was subsequently in the action film "Tactical Force," the comedies "We the Party" and "Freaky Deaky," and the sports drama "The Philly Kid." White has continued to be prolific in film, with later notable credits including "Fedz," "Android Cop," "Falcon Rising," "Skin Trade," "Chocolate City," "Accident Man," "Dragged Across Concrete," "Triple Threat," "Undercover Brother 2," "Black Friday!," and "The Commando."

In the mid-90s, White appeared in episodes of such television shows as "Renegade," "Martin," "Living Single," "NYPD Blue," and "JAG." He landed his first starring role in 1995, when he portrayed boxer Mike Tyson in the HBO television film "Tyson." During the decade, he also appeared in the television films "Captive Heart: The James Mink Story," "Shaughnessy," and "Mutiny." In 2000, White was in the biographical television film "Freedom Song," and was part of the main cast of the short-lived ABC medical drama "Wonderland." He subsequently appeared in episodes of "Boston Public," "Soul Food," "CSI: Miami," and "Justice League." From 2004 to 2005, White played the recurring character of Ellis Hayes on the drama series "Clubhouse." He had another recurring role in 2008, playing Bryan in the third season of Tyler Perry's sitcom "House of Payne." 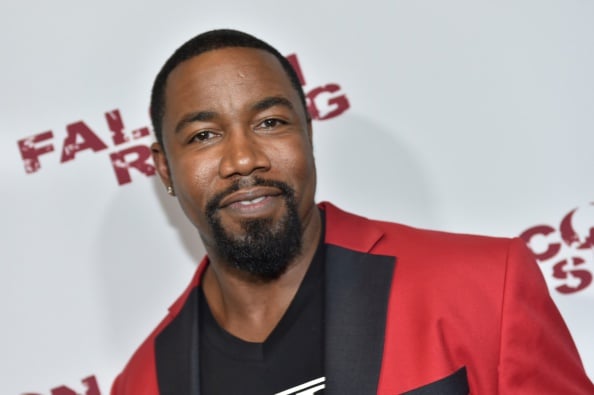 After lending his voice to episodes of the animated series "The Boondocks" and "Batman: The Brave and the Bold," White reunited with Tyler Perry for the latter's sitcom "For Better or Worse," a spinoff of Perry's film "Why Did I Get Married?" On the show, which ran from 2011 to 2017, White reprised his role from the film. Also during this time, he reprised his role as Black Dynamite in the animated series based on the 2009 film. White had another significant role from 2013 to 2019, when he played Ben Turner and his alter-ego Bronze Tiger on the superhero series "Arrow." He also appeared in two episodes of the dramedy "Insecure," and was a recurring cast member on the crime drama "The Family Business." In 2020, White joined the main cast of the series "Pump."

Beyond film and television, White is well known for voicing the character of Major Jackson "Jax" Briggs in the martial arts web series "Mortal Kombat: Legacy." He has also appeared in a number of music videos, including those for Busta Rhymes' and Mariah Carey's "I Know What You Want"; Nicki Minaj's "Your Love"; Toni Braxton's "Hands Tied"; and Calvin Harris' "Let's Go," featuring Ne-Yo.

In 2005, White married Courtenay Chatman, with whom he had a daughter named Morgan. He also has two sons from a prior relationship. In 2011, White divorced Chatman. Three years later, he got engaged to actress Gillian Iliana Waters, who he married in 2015. 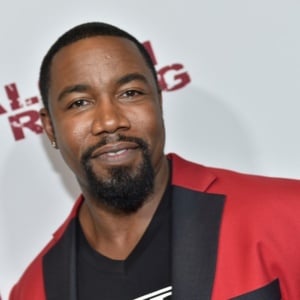