What is Michael Jace's Net Worth?

Michael Jace is an American actor and convicted criminal who has a net worth of -$400 thousand. Michael Jace is best known for his role as LAPD officer Julien Lowe on the FX television crime drama "The Shield." He also appeared on the big screen in such films as "Strange Days," "The Great White Hype," "Boogie Nights," "The Replacements," and "Gridiron Gang." Jace's career ended in 2014 when he was arrested for killing his wife April, for which he was convicted and sentenced to 40 years to life in prison.

Jace first appeared on the big screen in 1994 when he played a Black Panther in Robert Zemeckis's Best Picture Oscar winner "Forrest Gump." A little later in the year, he had a small part as a coast guardsman in Phillip Noyce's action thriller "Clear and Present Danger." Jace next appeared in Kathryn Bigelow's cyberpunk thriller "Strange Days."

In 1996, he was in two sports-related films: Reginald Hudlin's boxing comedy "The Great White Hype" and Tony Scott's baseball psychological thriller "The Fan." The year after that, Jace had roles in Paul Thomas Anderson's period dramedy "Boogie Nights" and Paul Wynne's science-fiction thriller "Bombshell." His final theatrical film role of the decade was in the 1998 crime film "Thick as Thieves," based on the eponymous Patrick Quinn novel.

Jace began the new millennium playing an imprisoned former football star in the sports comedy "The Replacements." After that, he played Major Frank Santos in Tim Burton's remake of the science-fiction film "Planet of the Apes." Jace followed that with a role in another science-fiction film, "Scorcher." He was subsequently in the action film "Cradle 2 the Grave," staring Jet Li and rapper DMX, and the romantic comedy "Fair Game," starring Michael Whaley and Gina Torres. In 2006, Jace returned to the sports genre to play Mr. Jones in the football drama "Gridiron Gang." He had his final theatrical film role in Kevin Macdonald's 2009 political thriller "State of Play," based on the British television series. 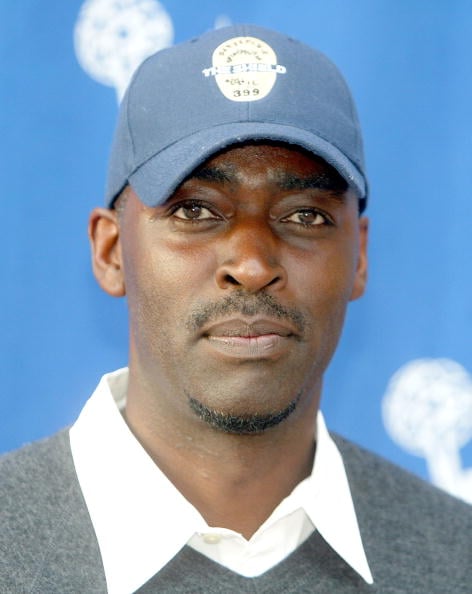 On the small screen, Jace made his debut in a 1992 episode of "Law & Order." He had a guest role on "Star Trek: Deep Space Nine" a couple years later. In 1995, Jace portrayed boxer Mitch Green in the HBO television film "Tyson." Later in the decade, he was in another biographical television sports film, "Michael Jordan: An American Hero," in which he starred as the titular basketball great. Jace's next role on the small screen was in the 2001 television film "Murder, She Wrote: The Last Free Man," playing Samuel Pinckney.

Jace began his biggest and most notable role in 2002, playing LAPD officer Julien Lowe on the FX crime drama series "The Shield." He starred alongside Michael Chiklis, Catherine Dent, Walton Goggins, Kenny Johnson, Jay Karnes, Benito Martinez, and CCH Pounder, among others. A major hit, "The Shield" ran for seven seasons through 2008. After the show ended, Jace had a recurring role on the crime drama "Southland" from 2009 to 2013. During that time, he made appearances on such shows as "CSI: Crime Scene Investigation," "Burn Notice," "Private Practice," "The Mentalist," and "Nikita."

In May of 2014, Jace was arrested at his home in Los Angeles following a domestic violence report; he had also called 911 declaring that he shot his wife, April Laune. At the time of arrest, April was dead from gunshot wounds. A few days later, Jace was formally charged with her murder. His trial took place in May of 2016, when he was found guilty and convicted of second-degree murder. The following month, Jace was sentenced to 40 years to life in prison.

Before his 2003 marriage to April Laune, a Masters track and field athlete, Jace was married to Jennifer Bitterman. That marriage lasted from 1996 until the couple divorced in 2002. Jace has three children.