What is Michael J. Fox's Net Worth and Salary?

Michael J. Fox is a Canadian-American actor, comedian, author, film producer, and activist who has a net worth of $65 million. He has a film and television career spanning from the 1970s, and is probably best known for his starring role in the "Back to the Future" films.


Michael Andrew Fox was born in Edmonton, Alberta, on June 9, 1961. He is best known by his stage name Michael J. Fox. His mother, Phyllis (née Piper) was an actress and payroll clerk, and his father, William Fox, was a police officer and Canadian Forces member. He is of English and Scottish descent. Due to his father's career, the family moved around a lot before finally settling in Burnaby, a suburb of Vancouver, when his father retired in 1971. Fox attended Burnaby Central Secondary School.

He first entered the world of entertainment when he was fifteen years old. He starred in the Canadian television series "Leo and Me", produced by the Canadian Broadcasting Corporation. The show was initially produced and filmed in 1976, but it did not air until 1981. It had a total of 12 episodes. He had his American television debut in the TV film "Letters from Frank" (1979). It was at this time, when he tried to register with the Screen Actors Guild, that he discovered that there was already an actor registered under the name Michael Fox. He did not like the sound of "Michael A. Fox", and he also did not like the names "Andrew" or "Andy", so instead he chose to adopt a new middle initial. He settled on "J." as a tribute to the actor Michael J. Pollard.


Fox's first feature film role was in the 1980 film "Midnight Madness", followed by the 1982 film "Class of 1984". Then, in 1982, he was cast as "Young Republican" Alex P. Keaton in the NBC show "Family Ties". The series aired for seven seasons, from 1982 to 1989. The original focus of the show was supposed to be the parents of the family, but after widespread positive reception of Fox's character, NBC made him the main character after the fourth episode. The show was extremely successful. At the height of its popularity, it drew one-third of American household in as viewers every week. For his performance on "Family Ties", Fox won three Emmy Awards (in 1986, 1987, and 1988) and a Golden Globe Award (in 1989).

Back to the Future

In January 1985, Fox was cast as Marty McFly in the time travel film "Back to the Future". The director Robert Zemeckis wanted to cast Fox as Marty right from the beginning, but Gary David Goldberg, the creator of "Family Ties", refused to allow Zemeckis to approach Fox because he needed Fox to carry the show in the absence of Meredith Baxter, who was on maternity leave at the time. Zemeckis cast Eric Stoltz as Marty instead, and began production on "Back to the Future", but eventually replaced Stoltz with Fox after Baxter returned to "Family Ties", which freed up Fox's schedule a little bit. In order to work on both the film and the tv series at once, Fox had to endure a grueling schedule. He would rehearse for "Family Ties" from 10 a.m. to 6 p.m. before going to the "Back to the Future" set to rehearse and shoot until 2:30 a.m. This schedule lasted for two months! His efforts were worth it, however, as "Back to the Future" was a huge commercial and critical success. It earned a worldwide total of $381.11 million, and spent eight consecutive weekends as the No. 1 movie at the US box office in 1985. Fox would later go on to star in the two successful sequels as well, "Back to the Future Part II" (1989) and "Back to the Future Part III" (1990). 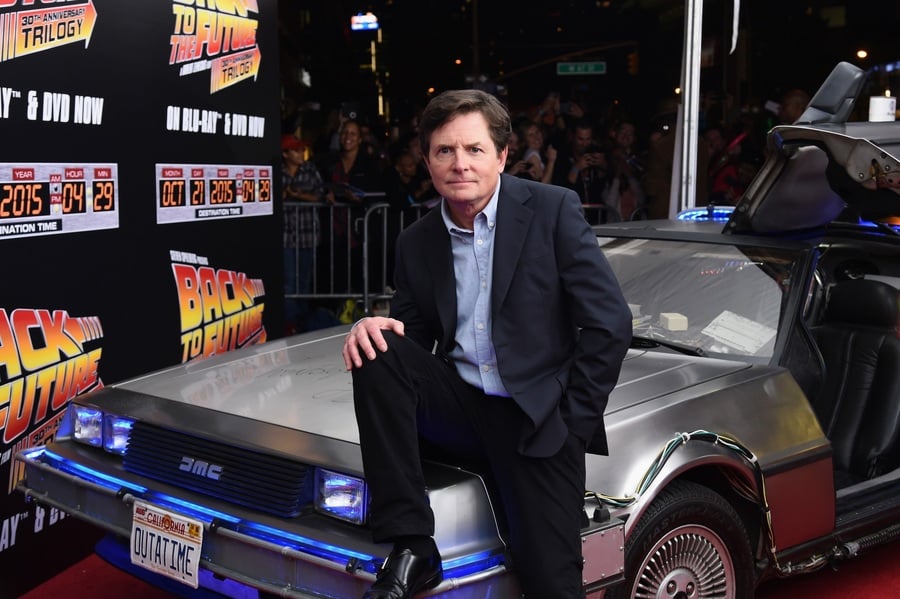 In addition to his on-screen roles, Fox has lent his voice to multiple films. He voiced Chance the American Bulldog in Disney's live-action film "Homeward Bound: The Incredible Journey" (1993), and its sequel "Homeward Bound II: Lost in San Francisco" (1996). He also voiced the titular character in "Stuart Little" (1999) and its sequels "Stuart Little 2" (2002) and "Stuart Little 3: Call of the Wild" (2005), as well as the character of Milo Thatch in the Disney animated film "Atlantis: The Lost Empire" (2001).

Later in his career, Fox starred in the ABC show "Spin City", which began airing in 1996. He left the show after the fourth season. One of the major projects he has worked on since then includes "The Michael J. Fox Show", which aired on NBC from 2013 to 2014.

Fox married actress Tracy Pollan in July 1988. Together, they share four children. He is the founder of The Michael J. Fox Foundation for Parkinson's Research to help advance research work with embryonic stem cell studies with a goal of finding a cure for Parkinson's disease. To date the foundation has raised over $300 million for Parkinson's research.

The family lives primarily in Manhattan, but maintain an additional home in Quogue, New York (the Hamptons) which they purchased in October 2007 for $6.3 million. 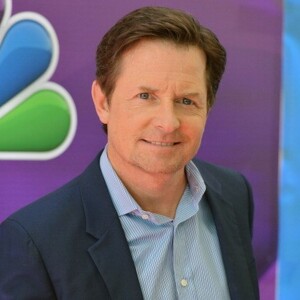