Michael Imperioli net worth: Michael Imperioli is an Italian-American actor, director and television writer who has a net worth of $20 million. Michael Imperioli is best known for his Emmy Award-winning performance on the HBO crime series "The Sopranos." He played the role of Christopher Moltisanti on the award-winning HBO drama from 1999 to 2007. Michael appeared in all six seasons of the critically acclaimed show. While on The Sopranos, Michael was nominated for a Golden Globe and five Emmy Awards. He won an Emmy in 2004 as part of the show's fifth season.

Earlier in his career he attracted acclaim for his role in Martin Scorsese's 1990 gangster film "Goodfellas" in which he played the role of Spider. In one of the film's most famous scenes, Spider talks back to Joe Pesci's character and is subsequently shot to death. He also appeared in "Lean on Me", "Jungle Fever" and "Malcolm X". Imperioli's later credits include the television programs "Law & Order," "Life on Mars," and "Detroit 1-8-7," as well as movies such as "The Basketball Diaries," "Summer of Sam," "Shark Tale," and "The Lovely Bones."

Early Life and Career Beginnings: Michael Imperioli was born in 1966 in Mount Vernon, New York to father Dan, an amateur actor and bus driver, and mother Claire, an amateur actress. He is of Italian descent, with his grandparents coming from the regions of Lazio and Calabria.

Imperioli made his big screen debut in 1989, appearing in both "Alexa" and the biographical drama "Lean on Me," starring Morgan Freeman. However, his breakthrough came the next year, when he was cast in the supporting role of Spider in Martin Scorsese's critically acclaimed "Goodfellas"; it would be the first of many gangster roles for Imperioli. The actor followed this up with Spike Lee's romantic drama "Jungle Fever," starring Wesley Snipes; the crime drama "Fathers & Sons," with Jeff Goldblum and Rosanna Arquette; and another Spike Lee joint, "Malcolm X," starring Denzel Washington as the titular civil rights leader.

Film Roles in the 1990s: Imperioli continued to land many supporting roles throughout the 1990s, including in the romance film "Joey Breaker" and the literary adaptation "Household Saints," starring Tracey Ullman and Vincent D'Onofrio. The mid-90s were prolific for Imperioli; from 1994 to 1996, he appeared in a whopping 19 films with roles of varying sizes. In 1995 alone, he was in the vampire horror film "The Addiction," the action comedy "Bad Boys," the Hal Hartley drama "Flirt," the crime thriller "Dead Presidents," and the biographical crime drama "The Basketball Diaries," starring Leonardo DiCaprio in one of his major early roles. Imperioli also appeared in yet another film by Spike Lee, "Clockers," playing a detective.

Imperioli's successful run of films continued with parts in the independent film "I Shot Andy Warhol," Steve Buscemi's directorial debut "Trees Lounge," and the Western action film "Last Man Standing," with Bruce Willis, Bruce Dern, and Christopher Walken. The actor also had a leading role in "Sweet Nothing," starring opposite Mira Sorvino as a crack addict. Imperioli closed out the decade with films including "The Deli," "Office Killer," "Too Tired to Die," and "On the Run." Finally, he teamed up again with Spike Lee to write, executive produce, and star in "Summer of Sam," about the 1977 David Berkowitz serial murders in New York City.

Film Roles in the 2000s and Beyond: In the early 2000s, Imperioli appeared in such movies as "Auto Motives," "Love in the Time of Money," the biopic "High Roller: The Stu Ungar Story," and Cheryl Dunye's comedy "My Baby's Daddy." In 2004, he also had a voice role in the DreamWorks animated film "Shark Tale," playing the son of a shark mafia boss voiced by Robert De Niro. After landing starring roles in 2007's "The Inner Life of Martin Frost" and "The Lovebirds," Imperioli made his directorial debut with 2009's "Hungry Ghosts," also writing the picture. Further roles followed in Peter Jackson's film adaptation of "The Lovely Bones," the Halle Berry thriller "The Call," the Spike Lee remake of "Oldboy," and the Mexican biopic "Cantinflas," about the titular actor and comedian. In 2019, Imperioli showed up in the Nicolas Cage action thriller "Primal," and in 2020 was part of the ensemble of Regina King's acclaimed historical drama "One Night in Miami…" 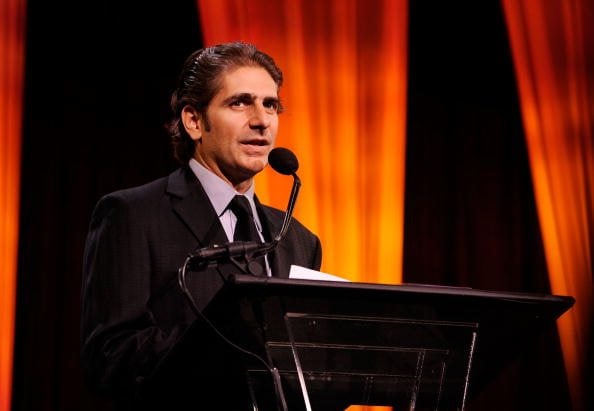 Television Career and "The Sopranos": Imperioli began his television career with single-episode roles on "NYPD Blue" and "Law & Order." In the late 1990s, he appeared in the made-for-television movies "Firehouse" and "Witness to the Mob." Imperioli's real claim to fame, however, came in 1999 when he was cast as Christopher Moltisanti, a member of the DiMeo crime family, on the hit HBO series "The Sopranos." For his performance on the show, Imperioli was nominated for five Emmy Awards and two Golden Globes, winning the Emmy for the program's fifth season in 2004. In addition to his performance, the actor also wrote five episodes of the series.

While "The Sopranos" was still running, Imperioli appeared in the television movies "Disappearing Acts" and "The Five People You Meet in Heaven." He also had a recurring role as Nick Falco on "Law & Order," and lent his voice to an episode of "The Simpsons." In 2008, following the end of "The Sopranos," Imperioli landed the main role of Detective Ray Carling on the American television remake of "Life on Mars," which ran for 17 episodes before it was canceled due to low viewership. Another major role came in 2010 with the ABC police procedural "Detroit 1-8-7," on which Imperioli played Detective Louis Fitch; however, after 18 episodes, it too was canceled. Subsequent TV credits for the actor have included roles on Showtime's "Californication," CBS's remake of "Hawaii Five-0," the police procedural "Blue Bloods," and the comedy series "Alex, Inc." In 2020, Imperioli was cast as a veteran NYPD detective on the short-lived crime series "Lincoln Rhyme: Hunt for the Bone Collector."

Personal Life: Since 1995, Imperioli has been married to Victoria Chlebowski; they live in Santa Barbara, California, and have three children. In 2008, Imperioli converted to Buddhism. He and his family avidly practice the martial art of Tae Kwon Do.

Real Estate: In 2012 Michael and Victoria paid $1.635 million for a Victorian home in Santa Barbara that was built in 1890. They sold this home in October 2018 for $1.86 million after initially listing in March 2018 for $2.65 million. A few months before the sale they paid $1.525 million for a home in the same area. They sold this home in January 2021 for $1.8 million. The couple moved to a New York City sublet after leaving Santa Barbara. 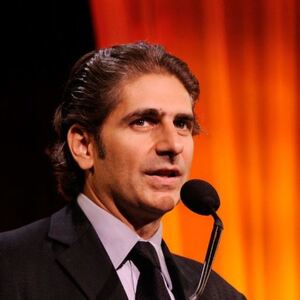