Michael Harney net worth: Michael Harney is an American actor who has a net worth of $1 million. Michael Harney was born in The Bronx, New York City. Harney first appeared in 1993 in the film Italian Movie. From 1993 to 1999 he had a recurring role as Nike Roberts in the television series NYPD Blue.

From 2006 to 2006 he starred as Steve in the TV series Deadwood. In 2010 Harney starred as Sam Edick in the television series Persons Unknown. From 2011 to 2012 he starred as Det. Mitch Oullette in the series Weeds. Since 2013 Harney has starred as Sam Healy in the series Orange is the New Black. He has starred in the movies Turbulence, Sonic Impact, Erin Brockovich, Shade, Captivity, Ocean's Thirteen, and The Onion Movie. He has also had recurring roles in the TV series Law & Order, NightMan, Vanished, Life, Raising the Bar, The Defenders, Vegas, True Detective, and Suits. In 2015 Harney won a Screen Actors Guild Award for Orange Is the New Black. 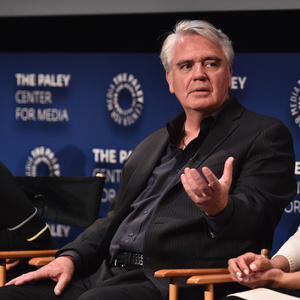