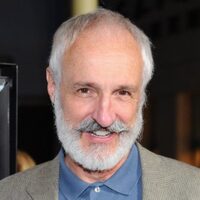 Michael Gross was born in Chicago, Illinois on June 21, 1947. He earned a degree in Drama from the University of Illinois-Chicago and then went on to earn his MFA from Yale University. He became a household name in the early 80s, appearing as Steven Keaton on the hit series, "Family Ties". He appeared in 171 episodes of the show between 1982 and 1989. He then went on to steady work in both film and television projects, including such films as "Big Business", "Tremors" and its three sequels, and "100 Million B.C.". He has also played guest starring or recurring roles on such television shows and animated series as, "Batman: The Animated Series", "Batman Beyond", "ER", "Law & Order: Special Victims Unit", "How I Met Your Mother", "The Young and the Restless", "Psych", "Tim and Eric Awesome Show, Great Job!", and "Curb Your Enthusiasm".