Michael Gladis Net Worth: Michael Gladis is an American actor who has a net worth of $5 million. Michael is probably best-known for playing the role of Paul Kinsey on "Mad Men". He appeared in 38 episodes of the critically acclaimed classic drama.

Born in Houston, Texas, in 1977, Michael Gladis grew up in Farmington, Connecticut. Gladis attended the SUNY School of Art Design at Alfred University in New York before he earned his theater degree at the State University of New York at New Paltz. Gladis made his on-screen debut in the 2002 movie "K-19: The Widowmaker" as Yevgeny Borzenkov. His TV debut came a year later in a 2003 episode of "Hack" as Dan Kelley. Gladis appeared on "Third Watch", "Law & Order Criminal Intent", and "Life" before landing the part of Paul Kinsey on the hit series "Mad Men" from 2007 until 2009. Gladis appeared in close to 40 episodes of the show and reprised his role for a 2012 Christmas episode. He went on to appear in dozens of TV programs, including "The Good Wife", "Law & Order: Criminal Intent", "Medium", "Law & Order: Special Victims Unit", "House", "Eagleheart", "How I Met Your Mother", "Justified", "The Mentalist", "Revolution", "Reckless", and "Battle Creek". Gladis' film credits include "The Argument with Beth Behrs & Michael Gladis", "Devil's Knot", "Knights of Badassdom", "Low Expectations", "Not Safe for Work", "Without Word", and "Terminator: Genisys".

Personal Life: In 2018 Paul actually married his one-time co-star Beth Behrs. They had been dating since 2016. 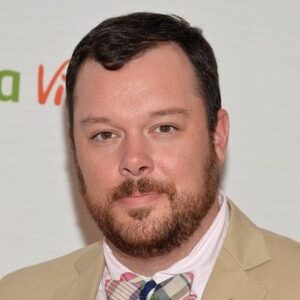