Michael Fishman net worth and salary: Michael Fishman is an American actor who has a net worth of $8 million dollars. Michael Fishman was born in Los Angeles, California on October 22, 1981. He began his acting career while he was in elementary school. His very first professional acting role was as D.J.

Conner on the immensely popular series, "Roseanne". He remained on the show for its entire original nine-year run. He went on to graduate from the Orange County High School of the Arts. In addition to his work on "Roseanne", Michael Fishman also appeared in guest starring roles on such television shows as "Seinfeld", "Hitz", and "Walker, Texas Ranger". He also provided character voices for "Little Rosie" and "Hey Arnold!". He stepped away from performing for much of the 2000s, except for a supporting role in the film, "A.I. Artificial Intelligence". He returned to on-camera work in 2009, with a co-hosting gig on Roseanne Barr's short-lived talk show, "The Roseanne Show". He appeared in 54 episodes of this series. He also appeared on her reality series, "Roseanne's Nuts" in 2011. In 2018, Michael Fishman was part of the rebooted "Roseanne" which lasted just one season before it was canceled in the aftermath of controversial comments made by Roseanne. The show had been earning extremely high ratings, with over 10 million people tuning into the season finale and 20 million people tuning in for the season premiere. In total, Michael Fishman appeared in 216 episodes of the popular series. He was earning roughly $100 thousand per episode of the reboot with an opportunity for large raises in future seasons. 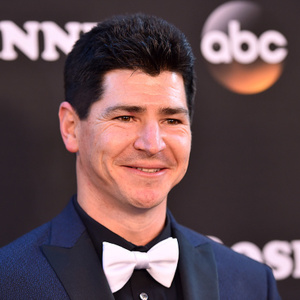