Michael Fassbender Net Worth: Michael Fassbender is a German-Irish actor who has a net worth of $40 million. Although his career stretches back to the 2001 HBO miniseries "Band of Brothers," Fassbender first reached mainstream consciousness in Zack Snyder's surprise smash hit "300" (2006). In perhaps his most physically impressive performance to date, Michael portrayed famous hunger striker Bobby Sands in the 2008 movie "Hunger," losing an incredible amount of weight in order to realistically portray the emaciated Sands. He then went on to appear in notable films such as "Inglourious Basterds" (2009), "12 Years a Slave" (2013), "Steve Jobs" (2015), and several movies in the massively successful "X-Men" franchise. In 2020, "The Irish Times" ranked Fassbender #9 on their "50 greatest Irish film actors of all time" list. Though he is primarily known for his film work, Michael is also passionate about auto racing and has been competing since 2017; he has participated in the Ferrari Challenge, the German Porsche Racing Experience, and the Proton Competition.

Early Life: Michael Fassbender was born on April 2, 1977, in Heidelberg, Baden-Württemberg, West Germany. He was born to an Irish mother, Adele, and a German father, Josef; Josef was a chef and ran the West End House restaurant with Adele. The family moved to Killarney, Ireland, when Michael was 2 years old, and Adele and Josef raised Michael and his older sister, Catherine, in the Catholic faith. Fassbender is fluent in Irish and German, and he studied at Fossa National School and St. Brendan's College. He was cast in his first play at the age of 17, and two years later, he moved to England to attend the Drama Centre London but dropped out in 1999 to appear in the Oxford Stage Company's touring production of "Three Sisters."

Career: Michael made his television debut in 2001, playing Burton "Pat" Christenson in "Band of Brothers," which was created by Tom Hanks and Steven Spielberg. That year, he also guest-starred on three episodes of BBC One's "Hearts and Bones," and in 2004, he appeared in the television films "Gunpowder, Treason & Plot," "Julian Fellowes Investigates: A Most Mysterious Murder," "A Bear Named Winnie," and "Sherlock Holmes and the Case of the Silk Stocking" and was a regular on the supernatural TV series "Hex." Fassbender also appeared on "Murphy's Law" (2005) and "Agatha Christie's Poirot" (2006) before landing his first film role. In 2007, Michael played Spartan warrior Stelios in "300," which grossed an impressive $456.1 million at the box office. In 2008, he played Bobby Sands, a Provisional Irish Republican Army prisoner, in "Hunger" and only ate 900 calories per day to prepare for the role. He followed this film with the horror movies "Eden Lake" (2008) and "Blood Creek" (2009), then appeared in "Fish Tank" (2009), which earned him awards from the Chicago International Film Festival and London Critics Circle Film Awards.

Personal Life: Michael began a relationship with Alicia Vikander, his "The Light Between Oceans" co-star, in 2014, and the couple married on October 14, 2017. He previously dated "Shame" co-star Nicole Beharie and "X-Men: First Class" co-star Zoë Kravitz, and in 2010, ex-girlfriend Sunawin Andrews took out a restraining order against Fassbender, alleging that he broke her nose when he threw her over a chair. Andrews also alleged that Michael injured her knee and ankle and caused an ovarian cyst to burst while dragging her alongside his car one night.

Awards and Honors: In 2014, Fassbender was nominated for a Best Supporting Actor Academy Award for "12 Years a Slave," and two years later, he received a Best Actor nomination for "Steve Jobs." He also won an AACTA International Award, Capri Supporting Actor Award, and Empire Award for "12 Years a Slave," and "Steve Jobs" earned him a Jupiter Award and several critics association awards as well as an International Star Award at the Palm Springs International Film Festival. In 2012, the Alliance of Women Film Journalists honored Michael for his performance in "Shame" with awards for Best Actor and Best Depiction of Nudity, Sexuality, or Seduction, and he earned British Independent Film Awards for "Shame" and "Hunger." He won CinEuphoria Awards for "Shame," "Prometheus," "Frank," and "12 Years a Slave," and he received Irish Film and Television Awards for "Steve Jobs," "12 Years a Slave," "Shame," and "Hunger." Fassbender has also won an Evening Standard British Film Award, a Fright Meter Award, a National Board of Review award, a Richard Attenborough Film Award, and two Online Film & Television Association awards, and he shared a Screen Actors Guild Award with his "Inglourious Basterds" castmates.

Real Estate: In 2017, Michael paid £1.7 million for a home in Portugal. The luxurious apartment features a swimming pool, garden terrace, and views of the Tagus river. 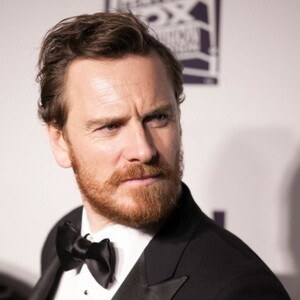