Michael Emerson net worth: Michael Emerson is an American actor who has a net worth of $8 million. Michael Emerson was born in Cedar Rapids, Iowa. Emerson moved to New York to pursue a career in acting after studying theater at Drake University. He was unsuccessful initially, and moved away from New York and began working as a teacher and appearing in regional theater productions. He returned to school and completed his Master's Degree in Acting in the early 90s, and began to attract attention working in theater in New York. He appeared in critically acclaimed productions of "Gross Indecency: The Trials of Oscar Wilde", "Le Misanthrope", and "The Iceman Cometh", among other productions. In 2001, he gained more notice for his Emmy-winning guest-starring role on "The Practice". This led to a recurring role on "Lost" and multiple Emmy nominations for his work. He is currently working on the J.J. Abrams pilot, "Person of Interest", in addition to continuing to work onstage. 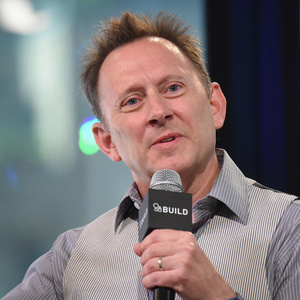