What is Michael Douglas' Net Worth and Salary?

Early Life: Michael Kirk Douglas was born in New Brunswick, New Jersey, on September 25, 1944. He is the first child of actors Kirk Douglas and Diana Dill, who met while they both attended the American Academy of Dramatic Arts. He has a younger brother, and two half-brothers from his father's side. Douglas is an American citizen by birth, but he also holds British citizenship with Bermudian Status through his mother, who is from Devonshire Parish, Bermuda.

Douglas received his education at The Allen-Stevenson School in New York City; Eaglebrook School in Deerfield, Massachusetts; and Choate Rosemary Hall (then known as The Choate Preparatory School) in Wallingford, Connecticut. He then attended the University of California, Santa Barbara, and graduated in 1968 with a B.A. in drama. Additionally, he studied acting under Wynn Handman at The American Place Theatre, which is located in New York City.

Career: Douglas's first television role came in 1969 on the CBS-TV special "The Experiment". The late 1960s was also when he started his film career, with appearances in films like "Hail, Hero!" (1969). For his performance in "Hail, Hero!", he actually received a Golden Globe nomination for Most Promising Male Newcomer. A pivotal moment of his early career came when he was cast in the television series "The Streets of San Francisco", which he appeared on from 1972 to 1976. On the show, he starred alongside Karl Malden, who became an important mentor to him. They would continue to share a close relationship until Malden's death in 2009.

His father gave him the rights to the novel "One Flew Over the Cuckoo's Nest", by Ken Kesey, in 1975. Douglas took this opportunity and produced a film of the same name, along with co-producer Saul Zaentz. For his work on the film, Douglas won the Academy Award for Best Picture. Following his departure from "The Streets of San Francisco", Douglas went on to appear in the films "Coma" (1978) and "Running" (1979). He also produced and starred in the drama "The China Syndrome" (1979), alongside Jane Fonda and Jack Lemmon.

He continued his success with the romantic adventure comedy "Romancing the Stone" (1984), which he both produced and starred in, and its 1985 sequel "The Jewel of the Nile". Other popular and successful films he starred in from this period include the thriller "Fatal Attraction" (1987) alongside Glenn Close, "The War of the Roses" (1989) with Kathleen Turner and Danny DeVito, and "Black Rain" (1989) with Andy Garcia and Kate Capshaw. He also starred as Gordon Gekko in "Wall Street", directed by Oliver Stone. For his performance as Gekko, he received an Academy Award as Best Actor. In 2010, he returned to the role of Gekko in the long-awaited sequel film, "Wall Street: Money Never Sleeps", which was also directed by Stone. 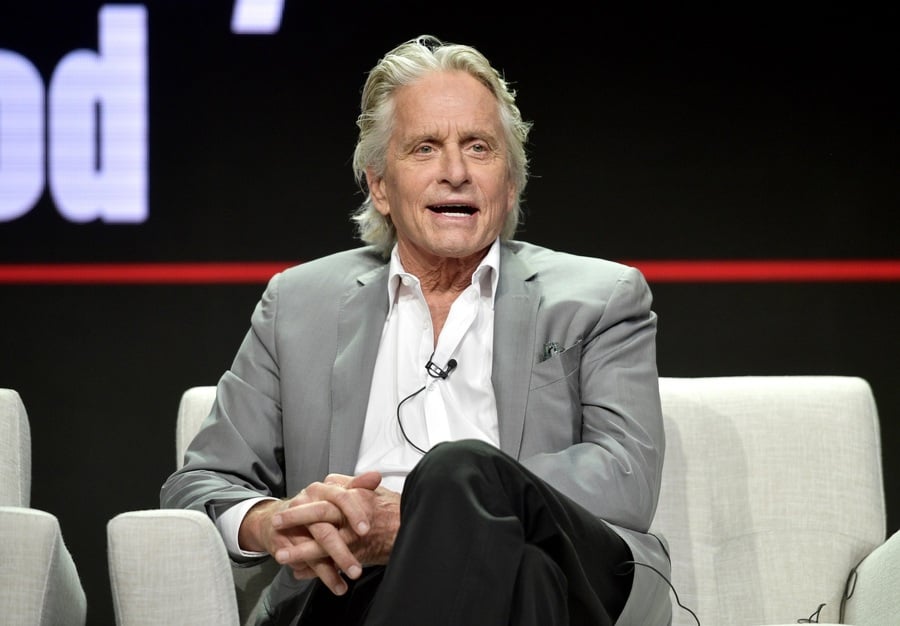 Over the course of his career, Douglas has received many awards and accolades. These include two Academy Awards, five Golden Globe Awards, a Primetime Emmy Award, the Cecil B. DeMille Award, and the AFI Life Achievement Award. He also received the Genesis Prize in 2015, from the Genesis Prize Foundation. He announced his intent to donate the $1 million prize towards initiatives that promote more inclusion and diversity in Jewish life.

Personal Life: In the 1970s, Douglas dated actress Brenda Vaccaro for almost six years. Then, in March 1977, Douglas married Diandra Luker, the daughter of an Austrian diplomat. He was 32 years old, and she was 19 years old at the time. Together, they have one son, Cameron. Luker filed for divorce from Douglas in 1995, and she received $45 million as part of their divorce settlement.

He began dating actress Catherine Zeta-Jones in March 1999, and the couple married in November 2000. They have a 25 year age difference. Together, they share two children, Dylan Michael and Carys Zeta. They briefly separated in 2013, but have since reconciled.

Real Estate: Douglas owns a valuable real estate portfolio with assets around the globe. One of his most impressive properties is a 250 acre estate on the coast of Spain called S'Estaca, which he bought in 1990 for $3.5 million (the same as around $6 million today). At one point in 2014 he listed the property for sale for $60 million but did not find a buyer. In June 2019 he re-listed it for $32 million. It is legally co-owned by Michael's ex-wife Diandra. They ultimately removed the property from the market.

In June 2019 Michael listed a longtime home in Bermuda for $10.6 million, ultimately taking it off the market. 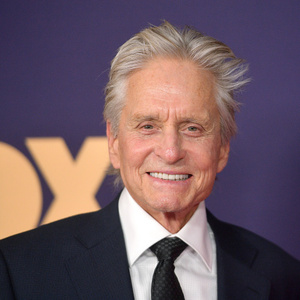