How much is Michael DeLorenzo Worth?

Michael DeLorenzo Net Worth: Michael DeLorenzo is an American actor, director and musician who has a net worth of $2 million. Born on October 31, 1959, in Bronx, New York, US, he is best known for playing NYPD Detective Eddie Torres on the crime television series New York Undercover (Fox, 1994–1998). Young DeLorenzo entered the stage for the first time at the age of seven as a dancer. His dancing talent fetched him various scholarships from the School of American Ballet (SAB) and the Joffrey Ballet. It was a switch of fate, in his case knee injury, that made DeLorenzo switch his interest towards acting. The Broadway revival of West Side Story was one of his first gigs, which also include a recurring role in the 1982 television adaptation of Fame and guest-starring on 1984's Miami Vice. More elusive roles followed, like the ones in the feature movie Fatal Beauty (1987, along with Whoopi Goldberg), or on the series The Bronx Zoo (NBC, 1987), and Head of the Class for two seasons (ABC, 1989-91). Michael DeLorenzo and his co-star Malik Yoba made TV history in New York Undercover, since it was the first cop series to feature non-white males in leading roles and to became a hit at the same time. His feature work continued to pick up in the 90s, starring in movies like A Few Good Men (1992), Somebody to Love (1994) and My Family/Mi Familia (1995). In 2014 he directed a short film entitled "It Can Only Be Used Once." Two years later, he was seen in an episode of the CBS cop drama Blue Bloods, as well as in Dustin Lance Black's docudrama miniseries When We Rise, which premiered in February, 2017 on ABC and counts famed filmmaker Gus Van Sant among its directors. With more than 25 years in the entertainment spotlight, Michael DeLorenzo is a true veteran of stage and screen. 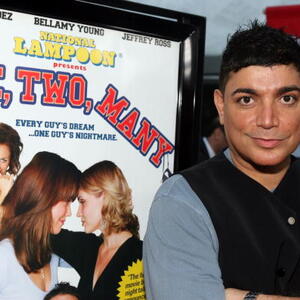