Michael Damian Net Worth: Michael Damian is an American actor, recording artist and producer who has a net worth of $3 million. Born Michael Damian Weir on April 26, 1962, in Bonsall, California, he has reached an audience of over 100 million worldwide mostly for his turn on the daytime drama, The Young and the Restless (CBS,1973-/). It was in 1980, when Damian joined the cast of the popular The Young and the Restless series to play struggling singer Danny Romalotti. After twelve years on the show, Damian took the lead role in the Broadway production of the Andrew Lloyd Webber/Tim Rice musical, Joseph and the Amazing Technicolor Dreamcoat. With Damian cast as Joseph, the production established a single day box-office record, as well as it earned a record-breaking weekly gross for a Broadway revival while playing at the Minskoff Theatre, week ending January 2, 1994. After years in front of the camera, Damian moved into the world of directing. He made his directorial debut with the award-fetching indie comedy Hot Tamale, which he co-wrote along with his wife Janeen. His directing and co-writing work resulted in the creation of feature films like Moondance Alexander (2007), Flicka 2 (2010) and Marley & Me: The Puppy Years summer (2011), as well as TV shows like the 90 minute romantic comedy, The Sweeter Side of Life (2012). In addition to his prolific TV, theater and directing career, Damian has been also present on the music front. He has released eleven studio albums and has had several top 40 hits, including his number-one cover of the David Essex song Rock On from the soundtrack to Dream a Little Dream. What's more, Michael Damian has also written and produced singles on Flicka 2 & 3, Maley & Me:The Puppy Years and A Princess For Christmas soundtracks. 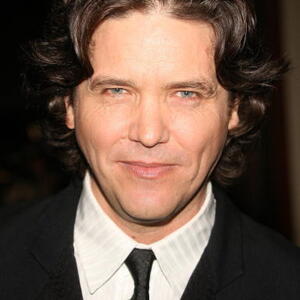