He was cast by the Fox Kids Network as Blue Power Ranger, Lucas, on Power Rangers Time Force less than a year after he graduated from Deep Creek High School in 2001. During that same time, Copon was also working as a print model in Los Angeles. Copon was named one of People magazine's Hottest Bachelors in 2005. After winning VH1's reality competition But Can They Sing? (which pitted celebrity actors and models in a singing competition, American Idol-style) in 2005, Copon began working on a solo album. Copon worked in a group called T.K.O. with singers Brandy and Ray J. He been the face of many national campaigns for companies such as PacSun and K-Swiss, among others. He has also appeared in numerous magazines, including Seventeen and Teen People. He has landed roles in the shows Scrubs, Reno 911!, That's So Raven, Even Stevens and appeared in the films All You've Got alongside Ciara, Elevator and Sideliners. He currently co-stars in The N original series Beyond The Break and recently appeared in a lead role for the fourth installment of Bring It On: In It to Win It. Copon has produced the films Killer Holiday, Fearless, Worth the Price, and Mad World. 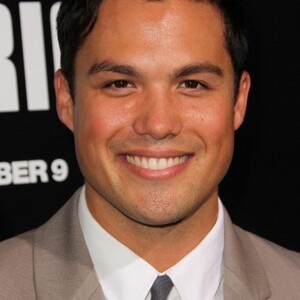