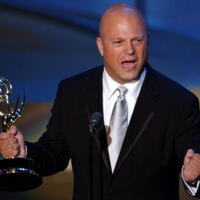 What is Michael Chiklis's Net Worth?

Micheal Chiklis is an actor, best known for his Emmy Award-winning performance on the FX police drama series "The Shield." Micheal Chiklis has a net worth of $14 million. He has also starred on such shows as "The Commish," "No Ordinary Family," "Vegas," "American Horror Story: Freak Show," and "Gotham." On the big screen, Chiklis played the Marvel superhero the Thing in two "Fantastic Four" movies.

Michael Chiklis was born on August 30, 1963 in Lowell, Massachusetts to Katherine, a hospital administrative aide, and Charlie, who runs a beauty salon. He is of Irish and Greek ancestry. Chiklis grew up in Andover, Massachusetts, and started doing celebrity impressions at the age of five. He appeared in various regional theater productions as a kid, and joined the Actors' Equity Association at 13. Chiklis attended Andover High School, where he starred as Hawkeye Pierce in a school production of "M*A*S*H." Later, he enrolled at Boston University, graduating from its College of Fine Arts.

Following his college graduation, Chiklis moved to New York, and made his film debut portraying actor John Belushi in the 1989 biopic "Wired." The same year, he made guest appearances on the television shows "Miami Vice," "B.L. Stryker," and "Wiseguy."

In the early 90s, Chiklis was in episodes of such shows as "Murphy Brown," "L.A. Law," and "Seinfeld." The actor landed his first major role in 1991, when he began playing police commissioner Anthony J. Scali on the ABC police series "The Commish." The show ran for five seasons through 1996. Chiklis's next main role came on the short-lived NBC sitcom "Daddio," which was canceled after nine episodes in 2000. The same year, he starred as Curly Howard in the television movie "The Three Stooges," a biopic about the comedy team. This was followed by a voice role on "Heavy Gear: The Animated Series."

After deciding to reinvent his image, Chiklis underwent a comprehensive workout regimen and shaved his head. He subsequently landed his most famous and acclaimed role: LAPD detective Vic Mackey on the FX crime drama "The Shield." For his performance in the show's first season in 2002, Chiklis won the Emmy Award for Outstanding Lead Actor in a Drama Series, as well as the Golden Globe Award. The series went on to air for a total of seven seasons through 2008.

Chiklis followed this with a number of other main roles. On ABC's "No Ordinary Family," he played the father of a family with superpowers. Later, on CBS's "Vegas," he starred alongside Dennis Quaid as Chicago mobster Vincent Savino. Chiklis then played Dell Toledo in the fourth season of the FX horror anthology series "American Horror Story," entitled "Freak Show." After appearing in two episodes of "Sons of Anarchy" in 2014, Chiklis began another main role on the crime drama series "Gotham," portraying Captain Nathaniel Barnes in the show's second and third seasons. In 2021, the actor starred in the limited series "Coyote" as a recently retired US Border Patrol agent. 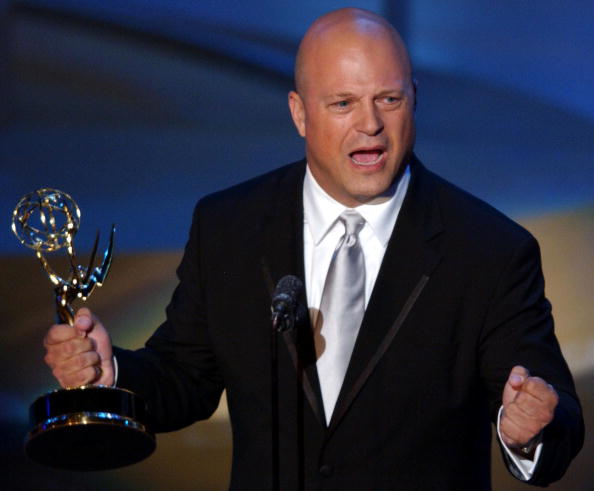 Following a bit part in Oliver Stone's 1995 biopic "Nixon," Chiklis next appeared in the 1999 sports drama remake "Body and Soul," starring alongside Rod Steiger, Jennifer Beals, and Ray Mancini. His other credits around this time include the crime film "Taxman," the Kurt Russell science-fiction film "Soldier," and the mystery film "Do Not Disturb," starring William Hurt and Jennifer Tilly.

In the early 2000s, Chiklis lent his voice to two animated films: the English dub of Hayao Miyazaki's "Spirited Away," and the direct-to-video film "The Adventures of Tom Thumb and Thumbelina." Following this, Chiklis played Ben Grimm and his superhero alter-ego the Thing in 2005's "Fantastic Four." The film, which also stars Ioan Gruffudd, Jessica Alba, and Chris Evans, was a commercial success despite its mixed critical reception. Chiklis reprised his role in the 2007 sequel "Fantastic Four: Rise of the Silver Surfer." Also in 2007, he starred alongside Lucy Liu in the horror film "Rise: Blood Hunter." Chiklis was subsequently in the action thriller "Eagle Eye," the stoner film "High School," and the action film "Parker," starring Jason Statham and Jennifer Lopez. Later notable credits include the sports drama "When the Game Stands Tall"; the action comedy "The Do-Over"; the period drama "1985"; the crime thriller "10 Minutes Gone"; and the science-fiction comedy "Don't Look Up."

On top of his acting, Chiklis is a successful musician, playing guitar and bass as well as specializing in vocals and drums. He is a member of various bands in the Boston area, including Best Kept Secret and Double Talk. In 2011, Chiklis and his band MCB released the singles "Til I Come Home" and "Make Me High." Later, Chiklis released a solo album entitled "INFLUENCE," which he wrote and produced at his own music studio.

In 1992, Chiklis married Michelle Epstein. The couple has two daughters: Autumn and Odessa. The former portrayed Chiklis's character's daughter on "The Shield."

A sports fan, Chiklis roots for the Boston Bruins, the Boston Red Sox, and the New England Patriots. He appeared as an interview subject in the HBO documentary "Curse of the Bambino," and also narrated the video introduction for the Patriots in Super Bowl XXXIX. In addition to these professional sports, Chiklis is passionate about martial arts, having attained a yellow belt in karate.

In 1991 Michael paid$1.1 million for a home in Sherman Oaks, California. The seller was David Hasselhoff. In 2017 Michael listed this home for sale for $5.2 million, ultimately accepting $4.7 million in February 2018.

In March of 2018 Michael paid $2.6 million for a home in the Benedict Canyon neighborhood of Los Angeles.