What is Michael Cera's net worth and salary?

Michael Cera is a Canadian actor who has a net worth of $20 million. Best known to general audiences for his role as George Michael Bluth on Arrested Development, Michael Cera was able to parlay the success of that character into a string of feature films and a small but well loved part in 2017's Twin Peaks: The Return.

Michael Cera was born in Ontario, Canada on June 7, 1988. Cera attended public school until ninth grade, when he dropped out to pursue acting. He eventually completed high school by correspondence. Before that, he has said that his interest in acting was sparked by a viewing of the film Ghostbusters at an early age, memorizing the lines of Bill Murray in the film.

Auditions and small parts followed. Michael's first role was an unpaid extra in a Tim Hortons commercial up in Canada. This role led to a speaking part in a Pillsbury commercial. Then, his career got a big boost when he was cast in a Canadian television series called I Was a Sixth Grade Alien, in 1999. In 2002, he was cast in the film Confessions of a Dangerous Mind, and also lent his voice to The Bernstein Bears and the cartoon Braceface.

Shortly after that, Michael's major breakthrough came in the form of the role of George Michael Bluth on the award-winning television series Arrested Development. In 2005 he won his first award, for Best Actor at the San Gio Festival in Verona, Italy, for the short film Darling Darling. In 2006, he guest starred in an episode of Veronica Mars, and the Adult Swim series Tim and Eric Awesome Show, Great Job! In 2007, Michael along with best friend Clark Duke wrote and starred in a webshow, which later signed a deal with CBS as a short comedy show, Clark and Michael. In August of 2007, Cera starred in Superbad with Jonah Hill, a film written by Seth Rogen and Evan Goldberg. He hosted Saturday Night Live on strike, a live version of SNL while the writers were on strike. Also in 2007, Cera had released the critically acclaimed film Juno. For both his films that year, Cera won the Breakthrough Artist in the Austin Film Critics Association Awards. He then starred in the independent film Paper Heart in 2009, and Year One alongside Jack Black later that year. The same year he appeared in McSweeney's Quarterly and Youth in Revolt. Michael continued to appear in a number of popular movies, throughout the next decade, mixing leading roles like the title part in Scott Pilgrim vs The World and strange, off-beat cameo roles like the ones he has in the film Entertainment and David Lynch's Twin Peaks: The Return.

He also continued to wrack up an impressive list of television credits during this time. His voice can be heard in every episode of the Adult Swim series Chidren's Hospital over the hospital PA system, and in 2012 he joined the elite society of performers to do voice work on the animated sitcom The Simpsons. He also made two guest appearances on the television version of Comedy Bang! Bang!, and in 2013 he appeared in the role of "Spanish Bartender" in a television special by the Canadian band Arcade Fire. He's done three episodes of the Comedy Central favorite Drunk History, one episode of Saturday Night Live, and appears in three episodes of the Netflix comedy series Wet Hot American Summer: First Day of Camp. He can also be seen in one episode of the YouTube anthology program Weird City, appearing in the role of "Tawny" in the episode "A Family," which was released to the platform in 2019.

In March of 2018, Cera made a return to stage work in a Broadway production by Kenneth Lonergan, who he has worked with multiple times over the course of his career. That same year also brought a return to his breakthrough role as Michael Cera on the latter seasons of Arrested Development, which in the interim had moved from Fox over to Netflix. He also appeared in the film Gloria Bell with Julianne Moore in 2018. 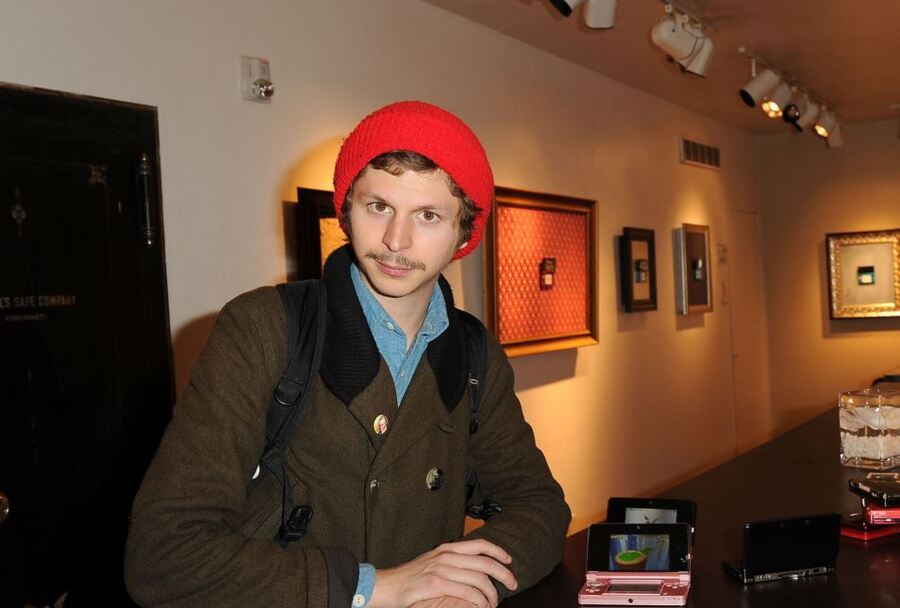 Cera has also done work in the music field, albeit not as prolifically as his work in acting. In 2010 he appeared, as both a backup vocalist and on the mandolin, on the Weezer song "Hang On" from the album Hurley. He's played bass in the band Mister Heavenly, and is also part of another indie rock outfit called The Long Goodbye. His music skills came in handy in both Scott Pilgrim vs The World and Nick and Norah's Infinite Playlist, both of which feature musical performances by Cera, and in 2014 he released his debut album True That on Bandcamp.

"I don't spend very much money. Basically I spend money on food and DVDs."

"I don't think anyone cares whether you're working or not. I have the luxury now of not having to support anyone and not really needing a whole lot of money."

Michael Cera appears to have shied away from the movie star mansion lifestyle for the most part, but in 2019 he did earn a couple real estate headlines for acquiring an impressive residence in the Bedford-Stuyvesant neighborhood of Brooklyn. He paid a reported $2.4 million for a four-bedroom home that dates all the way back to 1899, and is said to have retained some original features from that distant era, including marble mantles and a mahogany staircase. The townhouse also has an additional garden apartment on the ground level. 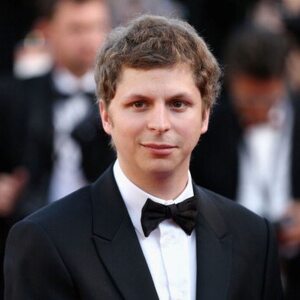