What is Michael Caine's net worth?

Michael Caine is an English actor and author who has a net worth of $60 million. Michael Caine is ranked as one of the highest-grossing box office stars of all time. He made his acting breakthrough in the 1960s and his career only continued trending upward, having received numerous accolades and awards.

Caine was given the name Maurice Joseph Micklewhite Jr. when he was born on March 14, 1933 in London. His father, Maurice Sr., was a fish market porter and his mother, Ellen, was a cook and charwoman. He was raised in a Protestant home with his younger brother, Stanley. Later in life, after the death of his mother, Caine learned that he also had an elder half-brother named David who suffered from severe epilepsy and had been kept in a mental hospital his entire life. The mother had kept the child a secret from her entire family.

His father was called away during the Second World War and upon his return the family moved into a prefabricated house, given that many of the houses in London had been destroyed during the Blitz in 1940-1941. The family stayed there for eighteen years.

Caine began acting in school plays at the age of 10. He was also an intelligent student and won a scholarship to the Hackney Downs School, where he attended until transferring to the Wilson's Grammar School in Camberwell. At the age of 16, he left school after completing his qualifications in six subjects and worked briefly as a filing clerk and messenger. Between 1952 and 1954, he completed his national service, which was required at the time, in the British Army's Royal Fusiliers. He was stationed in West Germany and then called to active service during the Korean War.

At the age of 20, Caine began his acting career by securing an assistant stage manager position who would also occasionally perform walk-on roles at the Carfax Electric Theatre. He adopted the stage name "Michael White" during this time. He was cast as the character Hindley in a 1953 stage production of "Wuthering Heights" and he also joined the Lowestoft Repertory Company for a year, during which he appeared in nine plays.

He then began working in London in 1954, where he was required to select a new stage name as another actor was already performing under the name Michael White. He selected "Michael Caine" while on the phone with his agent down the street from the Odeon Cinema, which was currently showing "The Caine Mutiny." Caine moved in with fellow actor Terence Stamp and also became friends with actor Peter O'Toole, taking over O'Toole's role in "The Long and the Short and the Tall" after O'Toole left to make "Lawrence of Arabia." He also began appearing in television and films in the mid-1950s and his worked steadily over the next decade.

Caine's big break came in 1963 when he was cast in the play "Next Time I'll Sing To You." He was visited backstage by Stanley Baker, a fellow actor, who then introduced Caine to film director Cy Endfield. Endfield ended up casting Caine in his film, "Zulu," despite having already cast actor James Booth. This film thrust Caine into the spotlight. He then starred as the spy Harry Palmer in "The Ipcress File" in 1965 and the title character in "Alfie" in 1966. He reprised his role of Palmer for four additional spy films, made from 19966 to 1995. 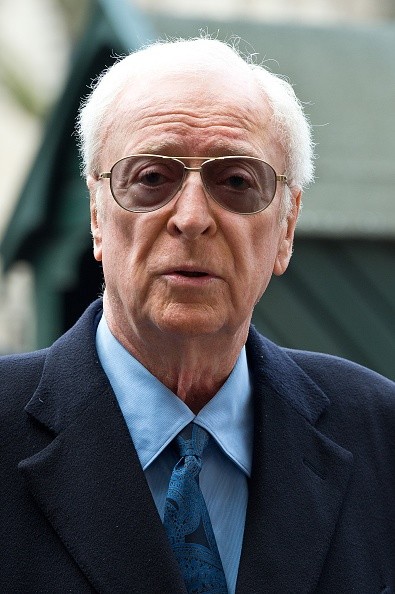 In 1969, he played the leader of a Cockney crime gang in "The Italian Job," which earned Caine worldwide recognition and is considered one of his most popular roles of all time. Throughout the 1970s, Caine played in many films including "Get Carter," "Sleuth," and "The Man Who Would Be King" across from Sean Connery. He also had a role in "California Suite" in 1978, which went on to win an Academy Award.

Over the next several decades, Caine's career continued steadily and took on both dramatic and comedic roles. Some of his most successful films include "Educating Rita," "Miss Congeniality," "Secondhand Lions," "The Cider House Rules," "Children of Men," "The Dark Knight Trilogy," "The Prestige," and "Interstellar," among many others.

Over the course of his career, Caine has been nominated for and won Academy Awards, BAFTA's, and Golden Globe Awards. In 1992, he was appointed Commander of the Order of the British Empire and in 2000 he was knighted as Sir Maurice Micklewhite CBE by Queen Elizabeth II at Buckingham Palace.

Caine married actress Patricia Haines in 1955 and the couple had a daughter together, Dominque, before divorcing in 1962. He then dated a number of women from the mid-1960s until the early 1970s, including Edina Ronay, Natalie Wood, Bianca Jagger, and Jill St. John, before meeting Shakira Baksh. The two began a relationship after Caine saw Baksh appear in a Maxwell House coffee commercial. After calling the actress for ten days straight, she agreed to meet him. The couple married in 1973 and have a daughter together named Natasha.  They maintain residences in both the United Kingdom and the United States.

Caine has had a number of high-profile friendships throughout his life, including John Lennon, Sean Connery, and Roger Moore. In terms of political views, Caine generally leans conservative and has left or threatened to leave the United Kingdom on multiple occasions due to increased taxes. Caine has written three memoirs, as well as several trivia and knowledge books.

IN 1999 Michael and his wife paid 1 million pounds for an 8-acre estate located 1.5 hours outside of London. They listed this property for sale in early 2019 for $5 million. 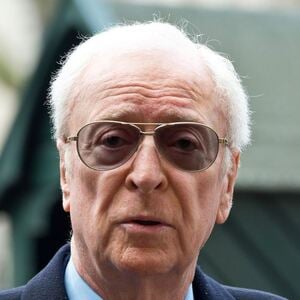